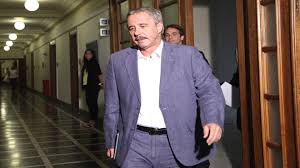 Details of a likely stimulus package totaling 800 million euros that is intended to revitalize Greece’s building sector, dormant through the country’s deep recession over the past five or so years, have been discussed between Energy & Climate Change Ministry officials and the country’s creditor representatives, or troika.

The ministry is seeking to ensure 400 million euros for a “Saving at Home” buildings energy-efficiency upgrade program – through the Partnership Agreement, or new National Strategic Reference Framework (NSRF) – as well as funding for energy upgrades to public and professional buildings, worth 200 million euros, respectively.

The introduction of tax breaks for energy-related work on buildings worth as much as 15,000 euros, whose possible implementation had been announced prior to the troika’s arrival in Athens for negotiations, was also discussed at the meeting.

Finer details of the stimulus package, whose cost is expected to be covered through value added tax revenues generated by building-sector invoices for energy-related work, as well as other sector-related tax revenues, are currently being examined.

Ministry officials estimate that the stimulus package will create approximately 12,000 new jobs, while 70 percent of materials and equipment to be used for the energy-related building upgrades will be locally produced.

Other issues on the agenda of talks between the ministry and troika officials included an update on the prospective sale of IPTO, Greece’s Independent Power Transmission Operator – locally referred to as ADMIE – the part-privatization of PPC, the Public Power Corporation, as well as the finalization of an agreement to privatize DESFA, the Natural Gas Transmission System Operator, now believed to be close to completion.