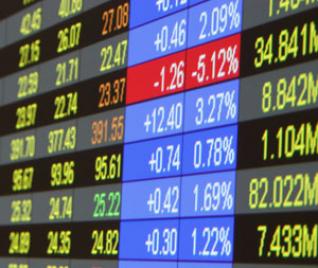 Borrowing costs for some of the eurozone’s most highly indebted southern states jumped on Thursday, as fears of a global growth slowdown and the absence of any near-term monetary stimulus gripped financial markets for a second day.

Greek bonds suffered another rout, with 10-year yields rising above 8 percent, while a sell-off in Spanish bonds boded ill for a debt auction in that market due after 0830 GMT.

Strategists took some comfort from a rebound in European shares which some said had accentuated Wednesday’s bond sell-off. Others worried that investors had started to question the European Central Bank’s ability to help stave another eurozone sovereign debt crisis.

“It’s early days … but if the market loses faith in what monetary policy can do to fend off falling global growth and the risk of deflation then it could become a much more serious issue,» KBC rate strategist, Mathias van der Jeugt, said.

Greece’s euro partners told Reuters late on Wednesday that Athens was changing its mind about giving up their financial help next year, as bond investors once again closed their door to the serial defaulter.

Compared with Germany, spreads were all at two-month highs.

Spain is set to auction between 2.5 billion and 3.5 billion euros at a bond sale of 10- and 15-year paper on Thursday, while France plans to sell 6.5-7.8 billion euros of fixed-rate and index-linked bonds.

Market jitters were made worse by a rift in Brussels as France and Italy present 2015 budgets that appear to be in breach of EU targets.

There is also a debate in Europe’s top court as to whether the ECB’s pledge to buy eurozone government bonds is in breach of its mandate and amounts to direct monetary financing of governments.

If the challenges by German lawmakers are upheld, it would likely torpedo a sovereign quantitative easing program that investors are depending on.

“The ECB only has one card left to play and it doesn’t look imminent,» said one government bonds trader, who was preparing for another sell-off in the eurozone peripheries on Thursday.

With little in terms of eurozone data to digest — other than a final inflation reading — attention is focused on a deluge of US data with markets already starting to trim back expectations of when the US Federal Reserve will raise rates.

Federal Reserve Chair Janet Yellen told a closed-door meeting over the weekend that the US economy was poised to grow about 3 percent going forward, with inflation set to rise toward the Fed’s target, Bloomberg reported on Wednesday.

Other policymakers, however, reiterated that the US central bank should only delay an interest rate hike next year if inflation or wages fail to perk up.