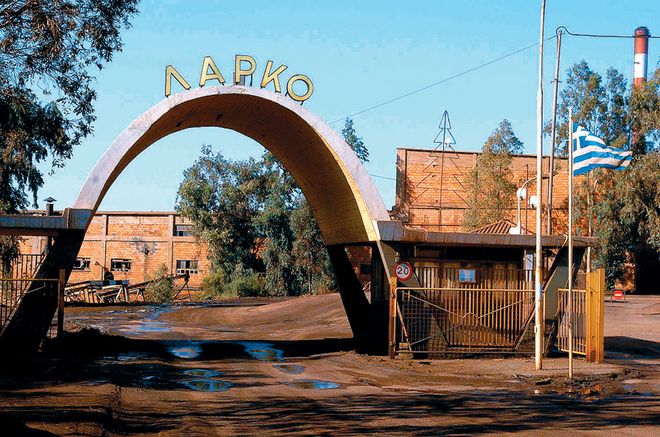 Swiss-based multinational Glencore, a commodity trading and mining powerhouse with corporate interests around the world, appears to be reexamining the prospect of buying into Larco, Greece’s state-controlled general mining and nickel producer, recent reports have suggested.

Glencore’s alleged reinvigorated interest in Larco, a troubled enterprise, has been primarily attributed to rebounding nickel prices, internationally, and forecasts of their maintainenance at higher levels.

Larco has been placed on Greece’s privatizations list. The company’s shares have been transferred to TAIPED, the state privatization fund. The recent rise in nickel prices may help the troubled Greek nickel company improve its difficult financial position, analysts believe. This prospect has drawn the attention of Glencore.

Offering insight into the multinational’s investment plans, Gllencore CEO Ivan Glasenberg, speaking at a recent industry conference, recently declared that a potential large-scale rise of electric cars and development of energy storage systems will significantly boost demand for minerals, including copper, cobalt, zinc and nickel, in the coming decades.

Electric vehicles require more copper wiring than standard internal combustion engines. For example, the battery in an electric car contains about 38kg of copper, 11kg of cobalt and 11kg of nickel, according to Glencore. These materials, along with manganese, stand to benefit from more demand for electric cars, Glasenberg said.

Demand is growing for battery-powered vehicles. European sales of alternative-fuel models, which include fully electric cars as well as hybrid vehicles, jumped 36% in the first quarter to 235,438 units, according to the European Automobile Manufacturers’ Association.

Glencore appears to be maneuvering to acquire Larco as a reshaped unit without burdens. If this is to be achieved, the mining and nickel producer would need to be shut down and its assets auctioned off.

Big decisions will certainly need to be taken on Larco’s future this comng autumn, as was recently pointed out by energy minister Giorgos Stathakis to Greek Parliament’s Production and Trade Committee.

To date, the government has gone no further than to make note of the need for a short-term plan aiming to resolve Larco’s cashflow problem as well as a long-term strategy to bolster the company’s standing in the future. It remains to be seen what all this actually means.