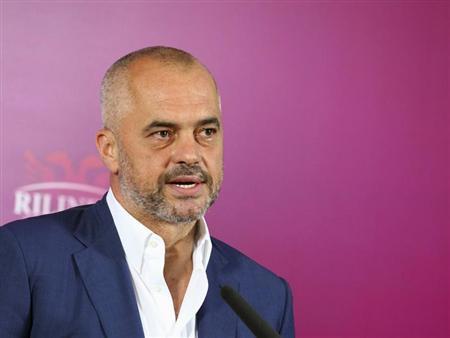 Relations between Albania and Greece took another turn for the worse on Wednesday after the neighboring country’s Prime Minister Edi Rama called on Athens to renegotiate its maritime borders with Tirana.

“We are not prepared to negotiate away the national interest in the name of good neighborly relations,” said Rama. “We have not pledged to keep our eyes shut when a problem, which we have not created or sustained, presents itself.”

Rama’s comments are the latest incident in an apparent escalation of friction between Albania and Greece. It comes less than three weeks after the Albanian Foreign Ministry issued a formal warning to Greece’s ambassador in Tirana, Leonidas Rokanas, regarding Greece’s plans to search for hydrocarbon reserves in the Ionian Sea. Tirana claims that the area covered by the research includes parts of Albania’s continental shelf.

Rama’s comments on Wednesday prompted an immediate repost from Athens. “The political leadership of our friendly neighboring country is lapsing, in word and deed, every day,” said Foreign Ministry spokesman Constantinos Koutras. “A return to the logic of, and to respect for, legality and international law is the surest path for Albania’s European perspective. No further comment.”

There has been a long-running dispute between the two countries regarding continental shelf rights. The two countries signed an agreement in 2009 creating an exclusive economic zone but also settling maritime borders and delineating the continental shelf. However, Albania’s Constitutional Court annulled the deal following action by then-opposition leader Rama, who was elected prime minister in September 2013.