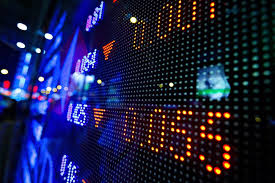 The Athens stock exchange’s sunken general index, now at the low level struck in 2012, when Grexit fears prompted a mass sell-off and investor withdrawals from the Greek market, is also a major concern for developments in the local energy sector.

The key problem has to do with the Greek market’s main player, the power utility PPC, currently burdened by unpaid overdue electricity bills owed by consumers, worth over two billion euros. This has resulted from the inability of consumers to service their bills as well as the poor results of the utility’s collection effort, despite a more aggressive policy.

The issue has been widely pointed out by analysts and rating agencies. Over the years, such pundits have steadily linked their appraisals of PPC with the overall prospects and dangers of the Greek economy.

If reports claiming that the sell-off at the Greek bourse has been spurred by major international investment funds are confirmed, then, obviously, the situation is precarious at best. These investment funds had entered the Athens stock exchange based on their forecasts of a Greek economic recovery.

The negative climate and re-emerged doubts concerning the Greek economy’s prospects create serious problems for PPC’s immediate plans, such as the future of its subsidiary firm IPTO, the power grid operator. The government’s plan for IPTO’s privatization and sale of an equity share to a strategic investor through a parallel placement is not a feasible option under the current subdued conditions at the Athens bourse.

Highlighting the problem, PPC’s total value, based on its current share price at the Athens bourse, has fallen to less than 650 million euros. To put this figure into context, the utility’s investment plan for a new power station in the Ptolemaida area, northern Greece, has a budget of 1.4 billion euros. A new PPC power station in Megalopoli, southwest Peloponnese, cost over 800 million euros to develop.

Quite clearly, PPC’s interest in establishing joint ventures with private-sector partners for various projects, a plan promoted by the utility’s administration, is not made any easier by these negative developments. PPC is pushing for joint ventures as a milder solution concerning the break-up of its lignite and hydropower source monopolies, while, at the same time, seeking private-sector funds for new investments.