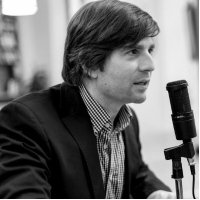 Speaking about the role of Greece in the security of natural gas supply in Southeastern Europe in his appearance at the Flame conference in Amsterdam, the Netherlands, Michael Thomadakis, Member of the Board, Regulatory Authority for Energy (RAE), remarked that the security of supply for the region is not the best, but explained that Greece could play the role of a new gas import gate role in the Southern Corridor.

“According to all estimates, Southeast European (SEE) countries need diversified sources of gas and suppliers. New infrastructure will be available from the mid- to long-term, so nothing spectacular is to be expected before 2020,” said Mr. Thomadakis.

That means, he said, making use of what’s already in place: existing infrastructure, implementing the 3rd Energy Package rules to provide access to existing north-south pipelines and reversing their flow, developing emergency plans and using all available resources on a cross-border basis.

He noted that the EU is now showing a lot of interest toward the region.

“Of course, we deserve that,” he quipped, continuing on by listing EU initiatives like the “Connecting Europe Facility,” the Juncker Package, and the Security of Supply regulation, which he said includes reverse flow in the Southeast European initiatives.

Things are speeding up, said Mr. Thomadakis, with transport and supply contracts coming to an end in the next 2 years.

He was tight-lipped about LNG supplies landing in Greece seeking opportunities to the north of the SEE region, commenting: “We will see things happening soon.” Those, he said, combined with interconnector development and bulk transport projects, have resulted in the formation of new alliances.

“However, at some stage we must not forget the fundamentals: political will on its own does not create infrastructure – there is no greater example than the Nabucco project, or South Stream.

“The presence of market forces is fundamental for the success of the efforts to build infrastructure,” he continued. “For every project a sufficient group of sellers, buyers is needed to enter agreements at prices which also support the sponsor’s needs for the viability of the projects.”

He added that a flexible framework for projects like the Trans Adriatic Pipeline (TAP) could combine the needs of countries, project sponsors and regions.

Mr. Thomadakis also said it is important to “think small” by completing important gas interconnectors for small gas markets. “We need to exploit existing infrastructure, which, in most cases means we only need to remove legal obstacles.”

It is necessary, he explained, for countries to stop thinking of themselves as “sole units,” and noted that many of them fall into doubt after projects have been cancelled. He offered, “We can live without these projects, or we can create the conditions for other projects to evolve.”

He showed a list of projects including TAP and the Trans Anatolian Pipeline (TANAP), some of them focused on Greece, highlighting an LNG terminal, an import point and interconnection delivering Azeri gas to Greece since 2007.

He commented, “Greece is a small country with a small gas market; therefore, the framework has been developed with a view to accommodate transport – transit gas flows. This was our intention from the beginning.” It had attracted market interest, he added.

Interconnector Turkey-Greece-Italy (ITGI), he said, is among the competition vying for Shah Deniz gas, being still included in existing plans that include TAP; an interconnector between Greece and Bulgaria; an LNG terminal; and the privatization of state-owned TSO, Desfa.

Greece, he said, is anticipating Shah Deniz II gas by early 2020. “TAP and TANAP are already mobilizing and about to start construction on the ground,” he reported.

He also spoke of doubling the capacity of the Greek LNG terminal, up to 7 bcm of gas, commenting, “The anticipated Greek import capacity will be between 10-12 bcm once the new pipelines and development of infrastructure currently going on will take place.

“If we’re also to include reverse flow from Italy, which will go to 22 bcm/annum – and may be expanded to 35-50 bcm – all these will become available from the day TAP will start operating.”

An additional 3 bcm of LNG can also be expected, according to him.

Meanwhile, the Interconnector Greece-Bulgaria, he said, is still alive, also mentioning new interconnectors like Bulgaria-Romania, Romania-Hungary and Bulgaria-Serbia in connection with existing infrastructure like the Trans Balkan Pipelines.

Market-based pricing, said Mr. Thomadakis, is progressing, while Desfa and Fluxys are working on the development of a virtual trading point for Greece.

“Therefore, we see that Greece will have an increasing role as a new gas import gate for Southeast Europe and the EU at the end of the day. However, this role will not be fully exploited unless suitable interconnector capacity becomes available, meaning connections from the South to the North.”