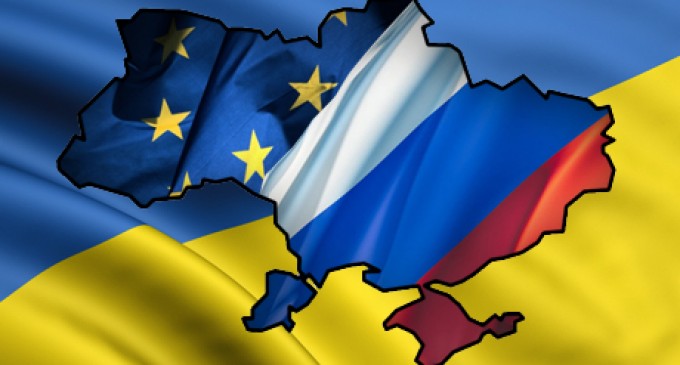 Few bilateral gas relations are as complicated and as far-reaching as those between Russia and Ukraine. As it was, these relations are uniquely opaque, considering that they affect numerous countries downstream of Ukraine. Gas meters referened are situated on Russian side of the border and the contract is supposedly secret, but headline prices per 1000 m3 have always leaked to the press or were officially announced by successive Ukrainian prime ministers or by Gazprom. The current contract was signed in 2009 by then Prime Minister Yulia Timoschenko and it runs until 2019. It stipulates a price of $450 / 000 m3 initially (http://news.mail.ru/politics/2320367/), with a subsequent indexation on crude and HFO. This is to be compared with the last price of  $385 which Gazprom offered before the breaking off the current negotiations. More significantly, this is to be compared with current price marker of $200 on the continental gas hub TTF. The 2009 contract has a take-or-pay clause which allows Ukraine to reduce its imports. This is significant because Ukraine’s floundering industry has less need for gas, and in future years if it can pacify its eastern regions, it stands to develop considerable shale gas reserves there.

The current arbitration between GazProm and NAK NaftoGaz concerns article 4.4 of the 2009 contract which stipulates that the price can be renegociated at the request of any of the parties if the formula gas price “does not reflect gas market conditions”. With the transition to more market-based pricing, Ukraine has a case to make there, and it wants to apply it retroactively as well and get a $6b refund for overpayments for gas since 2010.

Importantly, NAK Naftogaz Ukrainy has decided to participate in Europe’s gas storage transparency initiative. To its credit, it is the only non-EU 28 to do so (cf. http://transparency.gie.eu/).  Under pressure from the IMF, it has also agreed in March to raise its domestic domestic gas and heating tariffs by 56 and 40% in 2014 respectively, and 20 – 40% in 2015-17 [IMF Country Report No. 14/106]. This should help reduce NaftoGaz’s burden on the state budget, but also metered consumption.

The gas war might be more than metaphorical. On 17 June a segment of tunk gas line exploded in the Poltava region. While the inquiry will determine whether this is a failure in maintenance or an act of sabotage, the timing of the blast, two elements make this blast suspicious: it occured two days after the break-off of direct negociations between NaftoGaz and Gazprom, and the location of the line does not affect Gazprom’s gas exports through Ukraine. It also occurs in a context of active sabotage attempts against Ukraine’s infrastructure and attacks on the country’s territorial integrity.

This article by Michael Grosmann was originally published by the Research Centre for Energy Management (RCEM) at ESCP Europe Business School. RCEM is a Natural Gas Europe Knowledge Partner.