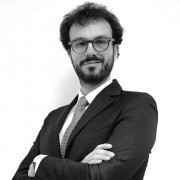 The EU could help counter economic discontent in southern Mediterranean countries by stepping up energy cooperation, which would increase economic stability and perhaps contribute to the political stability of the region.

But this approach has failed to create a common market or help stabilise the region. A deteriorating geopolitical situation in countries like Libya and Syria, along with the failure of regional energy initiatives and a lack of political trust, has resulted in little progress.

The EU must pursue a new bilateral energy policy in the region, and focus on supporting the development of renewable energy and energy efficiency in selected southern Mediterranean countries.

Furthering energy cooperation in the region is a challenge, but also a great opportunity. Energy demand is growing strongly and there is also potential for energy production. This represents a business opportunity for European energy companies, and is particularly welcome given the sluggish energy outlook within Europe.

However, barriers to trade across the region vary greatly between countries. To boost trade, the EU must help create bilateral relationships between countries instead of attempting to negotiate between regions as a whole.

Rather than politicising the process by starting negotiations between policymakers from many countries, the EU should bring the European Bank for Reconstruction and Development (EBRD) on board.

The EBRD could establish new ‘Sustainable Energy Funds’ with selected countries, creating public-private partnerships involving the EBRD, the government of the selected country, international energy companies operating in the country and institutional investors willing to make a long-term investment. This would encourage investors to get into the sustainable energy sector in the southern Mediterranean, as a proper risk-adjusted return would be guaranteed.

Economic cooperation between Europe and Mediterranean countries must be reviewed, and energy is a key piece of this mosaic. The Arab Spring and its tragic aftermath revealed deep political instability in many southern Mediterranean countries, pointing to the unsustainability of their economic model. Widespread economic discontent, particularly among young people, was a key driver of the uprisings. As the refugee crisis illustrates, this is also Europe’s problem.

After almost two decades of unproductive regionalist cooperation attempts, a new bilateral approach would reshape the EU’s energy cooperation efforts in the Mediterranean. The establishment of ‘Sustainable Energy Funds’ would be a win-win strategy, supporting sustainable energy projects in partner countries, making them more economically stable and safeguarding the EU’s security of gas supply.