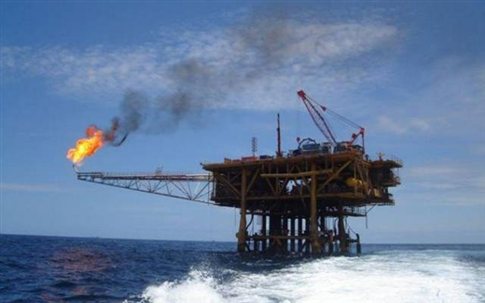 A statement of the Israeli defence minister leads to believe so. Israel’s attack on Gaza would be to control the gas and prevent Gaza from developing its offshore resources and hence strengthening economically. Does Israel need to attack Gaza to control its natural gas? This article will not discuss the motives of Israel’s assault or assess the veracity of the various allegations but will rather give a closer look at Gaza’s offshore riches.

USGS estimated the Levant basin to contain as much as 122 Tcf. A lot has been said about Israel’s giant 19 Tcf Leviathan field (recently even upped further) and Tamar 10 Tcf field. A lot has been said about Cyprus 5 Tcf  (in gross mean resource) Aphrodite field and the island’s efforts to develop an onshore LNG facility to export the gas via LNG and attract neighbouring countries’ gas for processing and shipping. A lot has also been said about Lebanon’s struggle to launch its first licensing round and begin the exploration of its waters believed to contain as much as 95 Tcf of natural gas (and 850 million barrels of oil). Very little has been said about Gaza, however located in the same agitated Eastern Mediterranean currently experiencing a gas bonanza.

Gaza borders Israel and Egypt. The area is considered rich in natural gas. In 1999, BG Group was awarded by the Palestinian Authority a 25 year exploration licence for the marine area off the Gaza Strip. The licence is operated by BG and shared with the Athens-based Consolidated Contractor Company (CCC) that holds 10 percent of the licence. The Gaza marine field was discovered by BG in 2000, about 36 kilometers offshore in waters 600 meters deep. An appraisal well confirmed that the field was ‘commercially viable’, estimated at 1 Tcf of natural gas and close enough to the shore. In commercial terms, and according to the 2012 report of the Palestine Investment Fund notes, the exploitation of the field would translate in savings of over USD 560 million in the energy bill of the PA and USD 2.5 billion in direct revenues over the lifetime of the project1.

The discovery was considered a ‘gift from God’ by the political leaders. They saw in the field the beginning of Palestine’s recovery and the promise of a better future. But since, the development of the field failed to happen. Various export scenarios were discussed, including exporting the gas to Egypt for liquefaction and shipping. Building a pipeline to transport the gas from the field to an onshore processing terminal to allow the sale of the gas to Israel was then considered the optimal export scenario. The Israelis refused to buy the gas, preferring imports from Egypt instead. In 2005 and 2006, BG opted to send the gas to its LNG plant in Idku Egypt. This was followed by further negotiations with Israel but to no avail, due to a failure to agree on commercial terms and the various political events that constituted an obstacle to any constructive deal between Israel and the PA.

The discovery by Israel of the giant Leviathan and Tamar off its shores has changed the whole landscape. Israel’s energy security has increased and its energy independence is expected for decades to come. The ongoing Israeli assault on Gaza has further weakened the Palestinians and it is difficult to predict any positive development by the Palestinians of their offshore resources. The development of the Gaza marine field by the Israelis instead would be the object of a different kind of debate.

Karen Ayat is an analyst and Associate Partner at Natural Gas Europe focused on energy geopolitics.  Email Karen on karen@minoils.com.  Follow her on Twitter: @karenayat