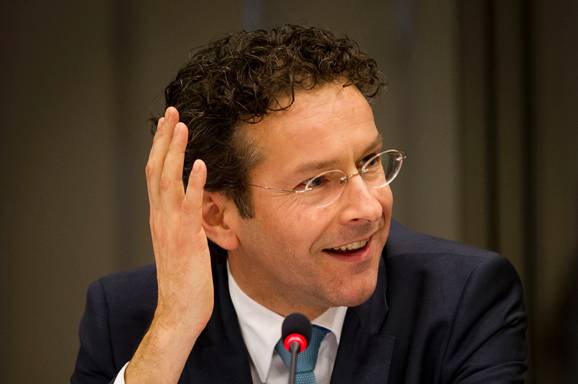 The new Greek government is serious about its reform commitments but it will take time to agree on the details of its reform plans, Eurogroup head Jeroen Dijsselbloem said on Tuesday, according to Reuters.

“I think they are very serious (about reforms),” Dijsselbloem told the European Parliament after Athens submitted a list of reforms to its creditors in a bid to extend its bailout lifeline for the next four months.

“But it is not going to be easy. This is just a first step. This list is not a new MOU (memorandum of understanding) or a new agreement. This list is just an indication of the kind of reforms that they would like to push, like to replace and also the ones that they would like to continue. And it is going to take time to really get into the details and to design a new contract or agreement which will carry us on for four months,” he said.

Dijsselbloem also added that there is no discussion on a hypothetical Greek exit from the eurozone and only non-euro member, Britain, has addressed the issue.

“You’ve said a number of member states did prepare (for a Greek exit),” Dijsselbloem told a European Parliament member during a debate. “I only heard about one country where the cabinet had a meeting to talk about Grexit and that was the British government.”

Eurozone ministers could consider further debt relief measures for Greece if the country meets all the criteria specified in the November 2012 decision of euro zone finance ministers, Dijsselbloem said on Tuesday.

He referred to the Eurogroup statement which said the eurozone finance ministers could consider, if necessary, further measures to help Greek debt sustainability, if Greece has a primary surplus and meets all the commitments in the bailout, which of “hasn’t happened yet.”

“We will come back to that issue on the basis of the four-month extension if that is going to be agreed … That will allow the new Greek government to fulfill its commitments, then we can finalize the whole program period, we can make a new debt sustainability analysis and then we will see whether it is necessary and what further measures, if necessary, we can take.”

“If economic circumstances so require, fiscal targets can be adjusted within programs – and have been adjusted in the past – but it cannot be a unilateral decision of the government involved to say we are no longer committed to this target,” Dijsselbloem said.