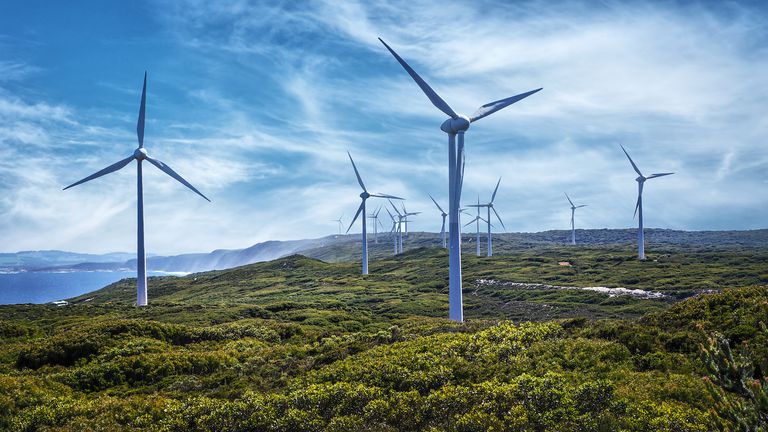 Construction activity in the country’s wind energy sector has reached lofty levels in recent times, as highlighted by a capacity of more than 500 MW now being installed.

This heightened activity includes a major 300 million-euro investment in Kafirea, southern Evia, being developed by Enel’s Greek subsidiary, Enel Green Power Hellas. Development of this facility, a complex of eight wind farms to offer an overall capacity of 167 MW, is now moving ahead at full speed after the Council of State, Greece’s Supreme Administrative Court, cleared the business plan as lawful in a verdict delivered last month.

All of the country’s major wind energy players are currently developing projects, which has boosted the sector’s construction activity to its current heights. Numerous medium and small-scale investors are also contributing to the RES sub-sector’s current development frenzy.

Projects now being developed have managed to keep steady feed-in premiums. Once these wind energy investments have been completed, the baton will be passed on to investments to emerge from the next round of auctions.

Proposals made by RAE, the Regulatory Authority for Energy, for the wind energy sector include auctioning a maximum capacity of 300 MW this year, a further 300 MW in 2019 plus any leftover capacities from this year’s auctions, and an additional 300 MW in 2020 with any 2019 leftovers intact.