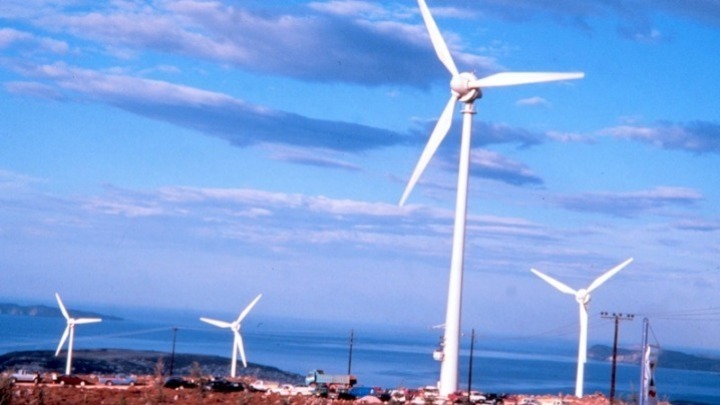 Wind energy covered 32.6 pct of total energy demand on Monday, according to figures given by the European Union for Wind Energy (EWEA), of which ELETAEN is a member.

This places Greece second in the European rankings (after Romania with 35 pct and marginally above Denmark with 32.4 pct). The Greek performance is more than double the European average (16.1 pct) .

According to the relevant estimates, the good Greek performance was due, on the one hand, to the weather conditions on Monday, with strong winds prevailing in the country, as well as, on the other hand, to the relatively low demand that is always observed at this time of year.

Wind energy remained constant throughout the past 24 hours at 1.8-1.9 gigawatts and was four times that produced by lignite, which hovered at around 500 megawatts. The contribution of photovoltaics fluctuated at around 650 megawatts during sunny periods while natural gas-burning plants ranged from 680 megawatts to 3 gigawatts at peak hours (5-6 in the afternoon) when they were called to meet the highest demand of the day.