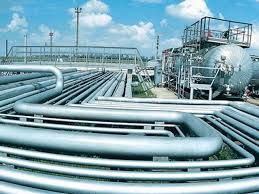 Local market authorities expect to see heightened trading activity in Greece’s wholesale gas market in the immediate future, as signaled by the recent LNG import – after a considerable period of no activity – by M&M, a venture launched in 2010 by Mytilineos and Motor Oil.

Part of the imported LNG load has been sold to Elval, the aluminium processing and trading division of metallurgical group Viohalko. Starting today, Elval has begun receiving LNG from M&M’s imported load to cover its own energy needs as well as those of other fellow Viohalco group members – Sidenor, Sovel, and Fulgor.

According to buyer information, the LNG supply’s price level is lower than that offered by DEPA, the Public Gas Corporation, just days ago at its annual auction.

As has been publicized, Elval took part in DEPA’s annual auction, held on November 14, and purchased one-quarter of the total quantity made available. Elval has maintained the right to choose its supplier at any moment in time, ordering price being the only criterion.

The Viohalco corporate group’s members have stated they will not sign any agreement with DEPA for 2015 as it is selling gas at higher prices.

DEPA is complicated in an overambitious take-or-pay agreement reached with Russia’s Gazprom, requiring the former to pay for unconsumed gas amounts if a certain overall level of gas consumption is not reached by the country over a year. If no revisions are made to DEPA’s misjudged agreement with Gazprom, the consequent additional costs could be passed on to consumers.

Returning to Elval, the aluminium processing and trading industrial company, for its energy needs, it plans to partially rely on a steady amount of gas supply from DEPA’s annual auction and seek all other amounts needed in the market, from various sources. According to sources, other major industrial companies plan to follow a similar purchasing strategy for their energy needs.

For the time being, M&M and the Terna group are the only two companies that have imported LNG from international markets, where supply has reportedly increased and prices have fallen. Other importers may also join in.

Without a doubt, increased gas import activity will make more difficult DEPA’s task of absorbing levels agreed to with Gazprom to avoid paying for unconsumed amounts in one year through the take-or-pay agreement. DEPA, currently in talks with Gazprom for a revision to the deal, is seeking a three-month extension to the time period taken into consideration for determining the country’s overall consumption level.