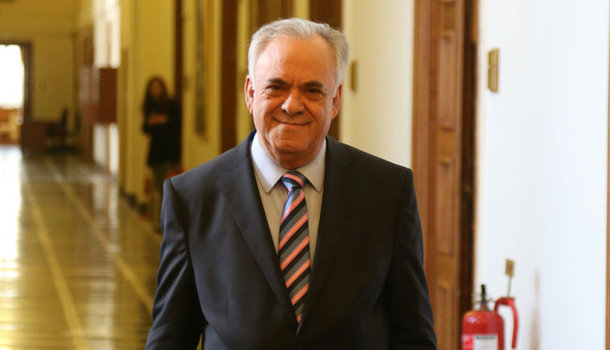 Greece’s participation in ECB quantitative easing programme will have a strong symbolism that will allow the opening of the debate on the access to markets, possibly in the following months, government vice president Yiannis Dragasakis on Tuesday said to a conference organised by the Hellenic Federation of Enterprises (SEV).Regarding the Eurogroup meeting, Dragasakis noted that “we believe that the successful conclusion of the Greek programme will be certified and we hope that a binding road map on the sustainability of the Greek debt will exist.”Dragasakis said that we are entering into a new phase as for the first time from the beginning of the crisis the future is visible since all fiscal measures until 2018 have been voted. He added that 9-11 billion euros will be disbursed in the second half of 2016 for the payment of state obligations to enterprises.In the new period, as he said, the government’s priorities are investments, the creation of new jobs and the promotion of social protection and solidarity structures.Finally, he sternly criticised those enterprises surviving through tax evasion, or by sending their profits abroad and leaving their debts in Greece or by chipping away the EU funds.