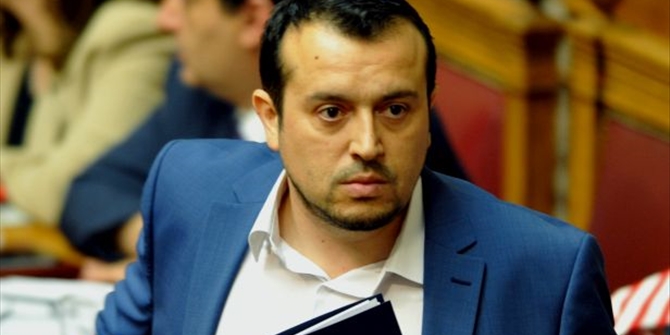 The government was “half-hearted in measures that we believe could be implemented in a different way,” Greek State Minister Nikos Pappas said in an exclusive interview with DW on Wednesday.“Our agreement is a compromise. The agreement itself has got the elements that our partners asked us to implement, and our wishes. So, the program is not totally ours, it is a compromise,” Pappas explained.Pappas admitted that the Greek state has internal problems. “We have never denied they were internal problems in the Greek state, the Greek economy and the Greek society, never.”He added, however, that “these problems were matched with a totally wrong approach that resulted in such a severe recession.”Asked if Greece’s Tax Collection Office is on a permanent vacation and referring to the 17 billion euros that escape state coffers every year, so that the Greek shadow economy represents up to a quarter of the country’s GNP, Pappas called this “another extreme expression that does not reflect reality.”“We have delivered whatever was agreed (last July),” Pappas underlined.Pappas also referred to the refugee issue saying that Greece has proceeded very well with the help of its EU partners in organising the registration procedure adding that “we have to handle a tremendous influx of migrants.” However, he added, “Greece has very quickly developed the capacity to handle this problem.”“As we are speaking we have 50,000 refugees in Greece and I am happy to say that the inflows have been reduced,” the State Minister noted.Asked whether the conditions at refugee camps are deployable, Pappas denied the allegations: “I had the chance to visit Lesvos myself a few days ago and this is not the case.”