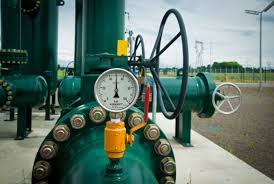 Public consultation procedures for a draft bill prepared to end local monopolies enjoyed by gas supply companies (EPA) operating in Greece – the process was expected to be launched any day now following demands by the country’s creditor representatives, or troika, last Friday, for swift ratification of the bill – will not get underway until next week.

Energypress sources said that a vote of confidence requested by the coalition, a process that will preoccupy Greek Parliament today and tomorrow, was the cause of the delay. The vote of confidence debate will more or less freeze all legislative activity over the two-day period.

The content of the draft bill, rushed into being by troika, anxious to open up the local gas market to competition, is general and will, for the time being, leave various fundamental issues concerning the EPA shareholders unresolved. These will be settled through prospective ministerial decisions and decrees.

The distribution network’s separation from supply will open up the market to new suppliers who will be able to purchase natural gas at auctions staged by DEPA, the Public Gas Corporation, and then trade in the market.