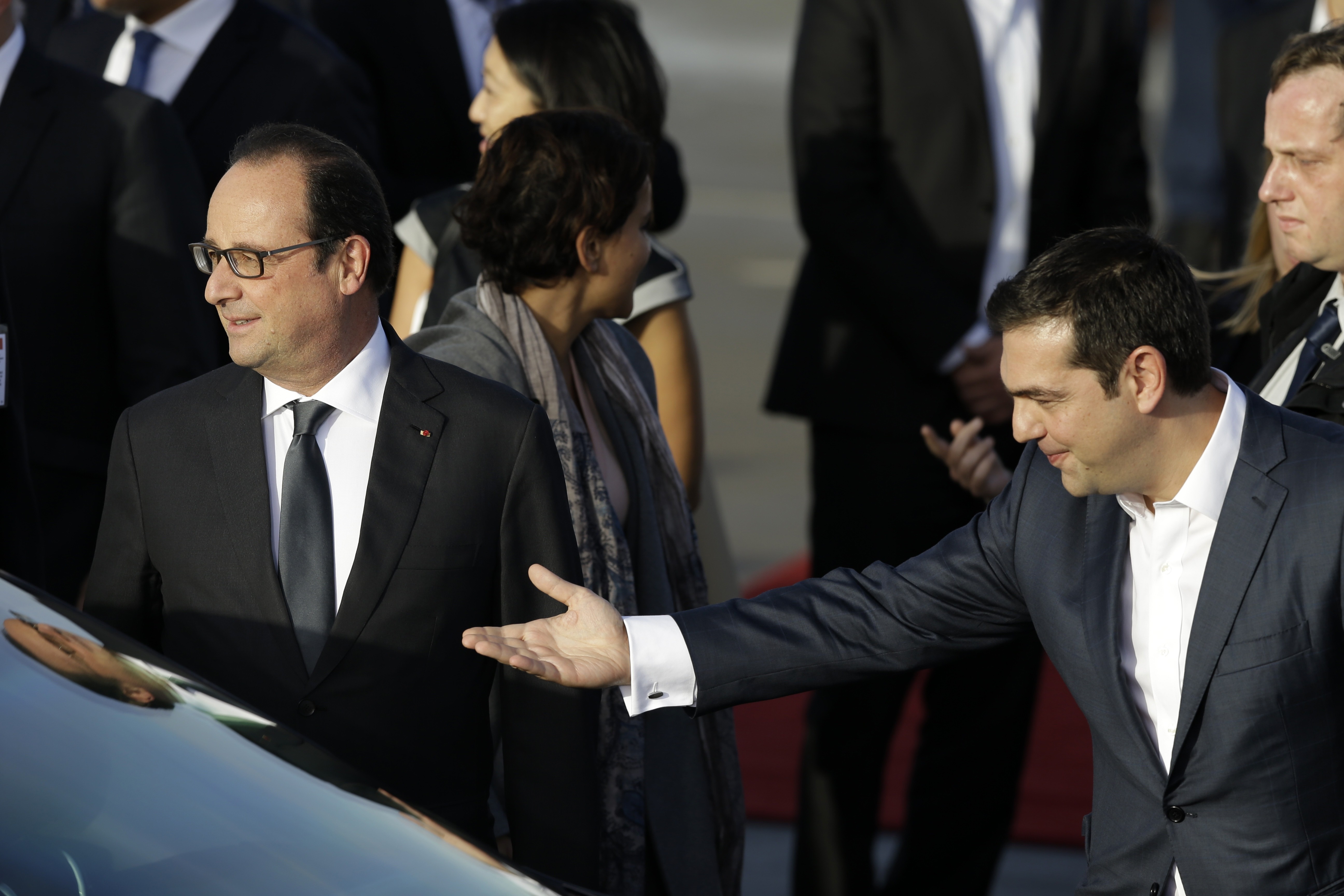 The series of Greek-French business meetings being staged as part of French President Francois Hollande’s two-day visit to Athens, concluding today, concerns interests primarily in the industrial, energy, construction, and infrastructure sectors. Hollande is heading a delegation that includes French entrepreneurs seeking to invest in Greece and also form partnerships with local businessmen for ventures both in Greece and elsewhere. However, the French team is smaller than had been expected.

Leading business federations of both countries, as well as enterprises, are engaged in talks. SEV, the Hellenic Association of Industrialists, had begun proceedings with a visit to Paris late last month by its president Theodoros Fessas and Greek businessmen from the trading, industrial, services, and technology sectors.

French entrepreneurs are also scheduled to meet with Greek officials representing the energy, environment, technology and construction sectors at an event organized by the French Embassy.

French investors are believed to be interested in the energy sector with a focus on the electricity market, renewable energy, as well as hydrocarbons exploration. EdF and Total are being represented by high-ranked officials on this trip.

Infrastructure and major projects are also generating the interest of companies such as Vinci and France’s state-run railway company SNFC, which appears to be interested in TRAINOSE, Greece’s railway company.

As for the environment sector, Suez Environment, which already holds stakes in EYDAP, the Athens Water Supply and Sewage Company, and EYATH, the Thessaloniki Water Company, seems interested in expanding its association, even if privatization plans do not proceed. Waste management investment opportunities are also being examined.

Other fields being looked at include logistics, the land registry, tourism, defense, and pharmaceuticals.

These Greek-French meetings carry a mostly political dimension aiming to highlight the positive shape of bilateral relations. It remains to be seen whether this favorable political momentum can be transformed into business deals in the near future. More business missions are planned for later this year.