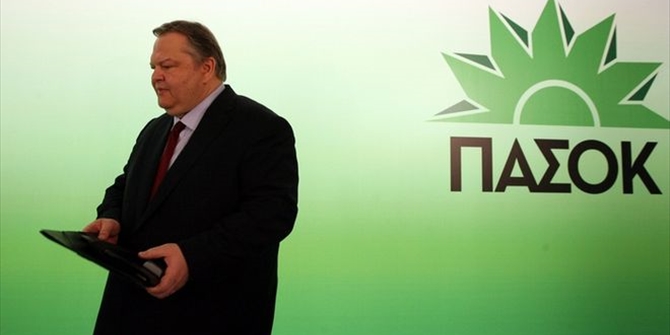 PASOK leader Evangelos Venizelos on Saturday announced his departure from the Socialist party but not from politics, setting the ball in motion for the election this Sunday of a new party chief.

“I am leaving my position as president of PASOK. I’m not giving up politics, nor my responsibility, nor my struggle for the country,” he said in a speech to MPs and cadres on Saturday, the second day of the party’s 10th congress.

Venizelos said he accepted “in full” the responsibility for PASOK’s dismal showing in January’s general elections. But he also blamed PASOK’s disappointing performance in the January polls in part on a new party set up by former PASOK chief and ex-Premier George Papandreou just before the elections.