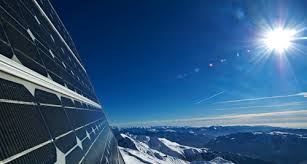 RAE, the Regulatory Authority for Energy, has revoked the unutilized operating licenses for seventeen renewable energy source (RES) projects with a total capacity of 190 MW following requests made by their holders in order avoid further financial commitments. In certain cases, companies were already undergoing liquidation procedures.

License holders chose to have their licenses revoked to avoid further financial commitments linked with a requirement to submit letters of guarantee for various amounts correlated with the respective capacities of their prospective RES units. In most cases, banks demand advance cash deposits covering the entire amounts specified in letters of guarantee.

Based on the market’s regulations, the majority of investors seeking to develop photovoltaic units would have had to submit letters of guarantee worth 45,000 euros, not a negligible amount amid the prevailing market conditions.

The investors behind the seventeen stalled RES projects submitted requests to have their permits revoked during the final days of 2014 to avoid further financial burdens in 2015.

Stricter conditions have been imposed to desaturate the RES sector of licenses that would remain untilized with the aim of promoting cases possessing true development potential, reflected by financial backing.