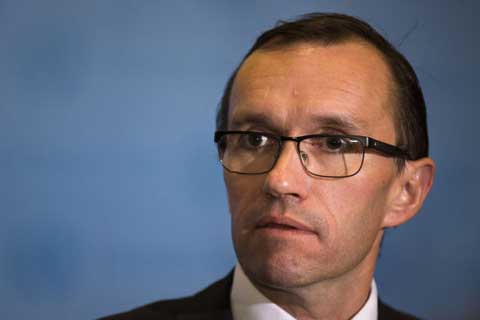 A day after Nicosia pulled out of United Nations-mediated peace talks in protest at apparent attempts by Turkey to encroach on Cyprus’s exclusive economic zone (EEZ), the UN’s special envoy for Cyprus on Wednesday called on both sides to focus on the potential benefits of a settlement to the island’s longstanding division.

Espen Barth Eide, who met separately with Cyprus President Nicos Anastasiades and Turkish-Cypriot leader Dervis Eroglu in Nicosia, called on both sides to avoid escalating tensions, noting that mineral reserves off the island’s coastline “are for all Cypriots.”

Before the dispute erupted, Eide had been scheduled to meet the two men together on Thursday for talks.