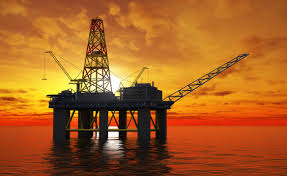 The Production Reconstruction, Environment and Energy Ministry has decided to extend, by two months, the deadline on a tender offering exploration and exploitation rights for twenty offshore blocks in the Ionian Sea, western Greece, and south of Crete, but keep terms unchanged. An official announcement is expected during the day.

As a result, the tender’s deadline will now expire in mid-July rather than mid-May, while investors will be ensured majority control over hydrocarbon ventures, as was decided by the country’s previous administration, which had launched the tender prior to the January 25 snap elections.

The ministry will be hoping that crude oil prices will have stabilized ahead of the new deadline, a development that could draw greater participation from bidders. The new deadline will be preceded by an OPEC meeting in June, when the cartel’s members will decide whether to reduce or maintain output.

Contrary to the tender’s latest develpement, Production Reconstruction, Environment and Energy Minister Panayiotis Lafazanis had declared on a number of occasions, both before and after the elections, that the Greek state would retain majority control of exploration and exploitation ventures.

However, in the meantime, the minister was persuaded by other government officials to avoid seeking changes to the tender’s legal framework. These would have required at least six to eight months, while, beyond the delay, overall investor confidence in Greece would have been badly affected, the officials warned.

Sources said Lafazanis also took into account signs that certain foreign energy firms had recently shown signs of renewed interest in the Greek tender. Most recently, a number of firms have reemerged seeking  clarification on the government’s intentions for the tender’s terms.

Lafazanis, who is scheduled to hold a meeting today in Moscow with Russia’s Energy Minister Alexander Novak and Gazprom CEO Alexey Miller, will relay the decision on the Greek hydrocarbons tender to the Russian officials. He is expected to encourage Russian participation in the tender.

Meanwhile, the energy ministry has just announced an eleven-member appraisal committee to assess bids submitted for a tender offering onshore blocks in western Greece’s areas of Arta-Preveza, northwest Peloponnese, and Etoloakarnania. This tender’s deadline expired on February 6. The appraisal committee, comprised of academics, will be headed by Apostolos Alexopoulos as president.

ELPE, through a preceding tender, has already gained the exploration and exploitation rights for an offshore block in the Gulf of Patras. Energean Oil & Gas, already producing from a deposit in the Prinos area, northern Greece, recently acquired the rights for blocks along Greece’s west, in Katakolo and Ioannina.