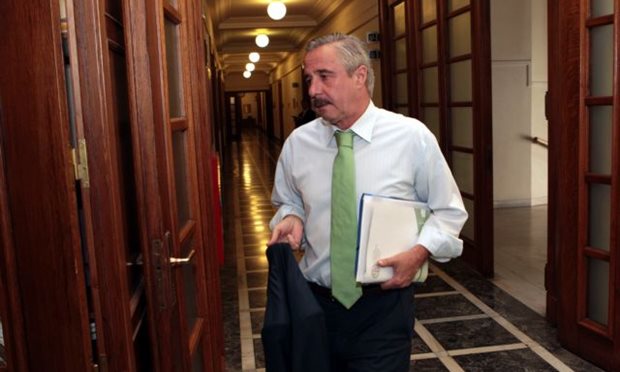 Maximization of LNG supply, as well as consumption cuts that would offer increased protection to more vulnerable social groups and operations, are among the measures included in Greece’s emergency national plan in the event of a Russian gas supply disruption.

Details on the country’s plan were presented by the country’s Environment, Energy & Climate Change Minister, Yannis Maniatis, during an interview on local radio station Skai.

“The plan is to maximize LNG supply to Greece because, at this point, Bulgaria and other [neighboring] countries don’t possess the infrastructure to receive LNG, and, therefore, will request support from Greece. Only Greece is equipped with this type of infrastructure, in Revythoussa,” Maniatis remarked, referring to the country’s only terminal for liquefied gas, located on the islet close to Athens.

The minister underlined that Greece had to prepare for a worst-case scenario, which would prompt gas consumption cuts. Maniatis noted that he considered the most extreme case, entailing a complete Russian natural gas supply stoppage to Greece, via a pipeline route running through Romania, Bulgaria, and Ukraine, as being a highly unlikely prospect. But, nevertheless, the country had no choice but to also be prepared for such a development, the minister added. In this event, the country would rely in LNG, he said.

Earlier this week, the Greek Energy minister forwarded a request to the European Commission seeking the creation of an emergency mechanism that would offer protection to Greece and other EU member states that would be affected most by a Russian gas stoppage. These include Austria, Bulgaria, Hungary, Romania, and Slovakia. Greek dependence on Russian gas via Ukraine stands at a level of 66 percent. The mechanism envisions supply support from countries that would not be affected, such as France, Spain, Portugal, and the UK, because they do not depend on Russian gas via Ukraine.