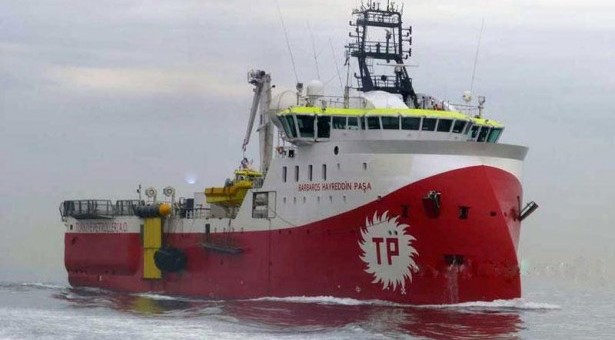 Turkish Prime Minister Ahmet Davutoglu is due in Athens for talks on Friday amid a tense atmosphere between Greece and Turkey, which has been exacerbated by the neighboring country’s decision to carry out naval exercises in the Aegean while discussions take place in the Greek capital.

Turkish ships and submarines have been conducting exercises in the northern and southeastern Aegean, near the Greek islands of Limnos, Kastelorizo, Ro and Strongyli since the start of the week. Although the operations had been planned much earlier, the maritime order (also known as a Navtex) marking out the area was only issued last week, suggesting that Turkey intended for the exercises to take place at the same time as leaders are due to meet in Athens for the two-day High-Level Cooperation Council.

Greek authorities have also noted an increase in the number of incursions into Greek air space by Turkish fighter jets over the past few days. There have been more than 20 since the start of the week.

Athens was hoping that its agreement for the meetings to take place would lead to a de-escalation in tensions between the two countries, which were ratcheted up when a Turkish research vessel Barbaros entered Cyprus’s exclusive economic zone in October.

Cypriot Foreign Minister Yiannis Kasoulides told Kathimerini on Wednesday that Nicosia is hoping that the cooperation council will help lead to the resumption of reunification talks on the island, which were abandoned when the Barbaros sailed into the Cypriot maritime zone. He added that his government had been disappointed by Washington’s suggestion that hydrocarbons issues should be part of the agenda negotiated at this stage with the Turkish Cypriots.

“The US interventions have not helped to ease the tension,” he said. “Washington is trying unnecessarily to introduce the common management of hydrocarbons, which is unacceptable for us.”