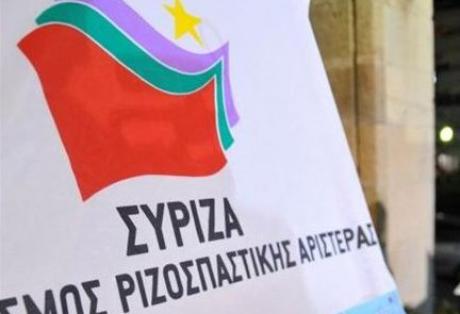 SYRIZA leader Alexis Tsipras pledged on Saturday that his party would pursue a major public debt writeoff, abolish the single property tax (ENFIA) and raise the tax-free threshold as well as the minimum wage if it comes to power.

Speaking at the Thessaloniki International Fair (TIF), Tsipras said that Greece needs to hold national elections as soon as possible and gave an outline of what economic policies his party would adopt in government.

“We are not asking for elections because we are in a hurry to govern,” said Tsipras. “We are asking for a strong mandate to form a government and even stronger from society to challenge for the best possible for our people in Europe.”

Tsipras said SYRIZA would demand that a haircut for the majority of Greek debt so that it is rendered sustainable and that the payment of the remainder be indexed to the country’s growth rates. He called for an international debt conference like the one held in 1953 to deal with Germany’s debt.

As for the economy, Tsipras said SYRIZA’s plan for overcoming the long Greek recession would focus on four “pillars”: the humanitarian crisis, restarting the economy, reviving the labor market and political reform.

The leftists would launch a 2-billion-euro program to tackle social problems, scrap the ENFIA tax, raise the tax-free threshold to 12,000 euros and increase the minimum wage to 751 euros.

Tsipras also pledged the formation of a two-year 5-billion-euro package to boost job creation that would be financed by European Union funds. He also said SYRIZA would seek to put 20 billion euros of 68 billion in tax arrears in a seven-year payment plan. This would bring 3 billion euros into public coffers in the first year, the opposition leader claimed.

He also promised that a SYRIZA government would gradually restore pensions and public sector salaries.

Government spokesperson Sofia Voultepsi poured scorn on Tsipras’s speech. “It was raining billions from the Thessaloniki sky this evening,” she said, adding that Tsipras pledges of 9 billion euros for SYRIZA’s first year in government would trigger Greece’s exit from the euro.