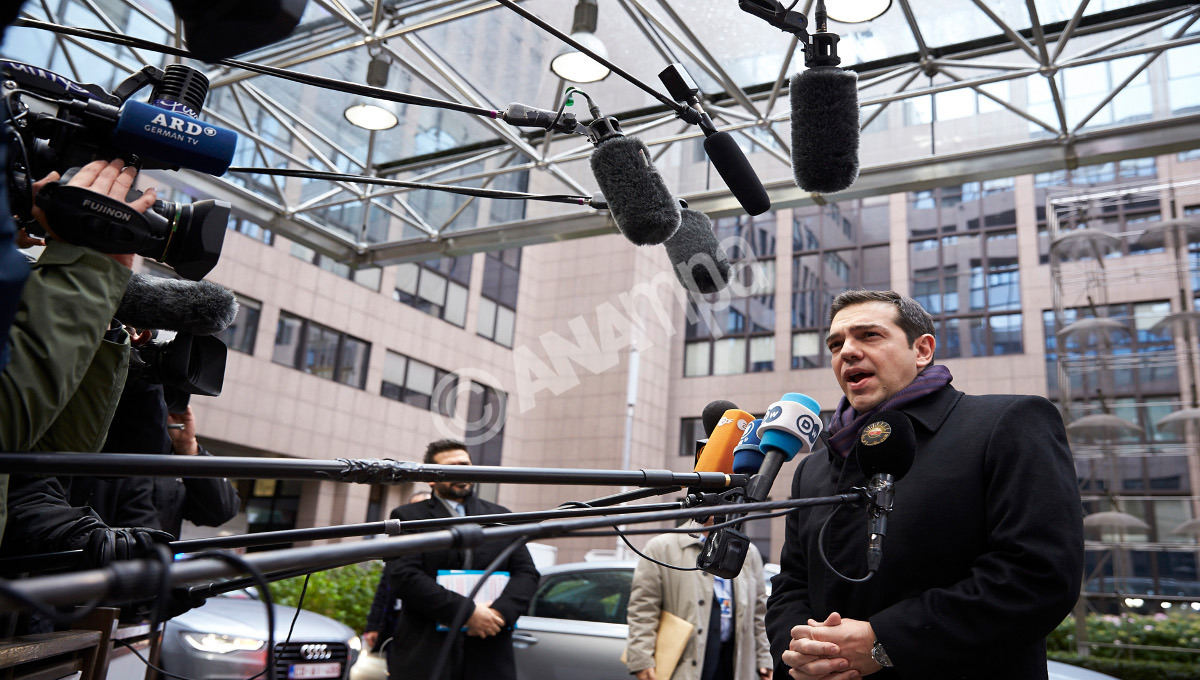 Prime Minister Alexis Tsipras in his address at the EU-Turkey summit welcomed the initiative for this meeting after 11 years and proposed the next meeting to be held on a Greek island.

“It should be held at the EU-Turkey borders that need to become cooperation borders,” he underlined. Tsipras noted that Greece considers Turkey’s accession efforts as an opportunity to proceed with democratic reforms and pave the way for solving the Greek-Turkish differences and the Cyprus issue.

The Greek prime minister stressed that a condition for the accession process to advance is the Cyprus issue to be resolved. They have that chance now, after ten years, as (Cyprus President Nicos) Anastasiades and (Turkish Cypriot leader Mustafa) Akinci have the desire for positive progress, said the prime minister, and stressed that the two communities do not need guarantors adding that the guarantor powers should withdraw and leave them to find a solution on their own.

Regarding the situation in the Aegean, Tsipras said that “Greece and Turkey spend a lot of money on violations and interceptions. Rather than investing in cooperation and development, we spend money on weapons systems. And while the systems are of the most modern technology, we cannot catch the traffickers”.

Moreover, the prime minister asked to proceed with the EU – Turkey Action Plan on a serious, credible and serious relocation program and supported the loosening of visa requirements for Turkish citizens travelling to the EU. He also asked to implement the readmission agreements of Greece – Turkey and the EU – Turkey.