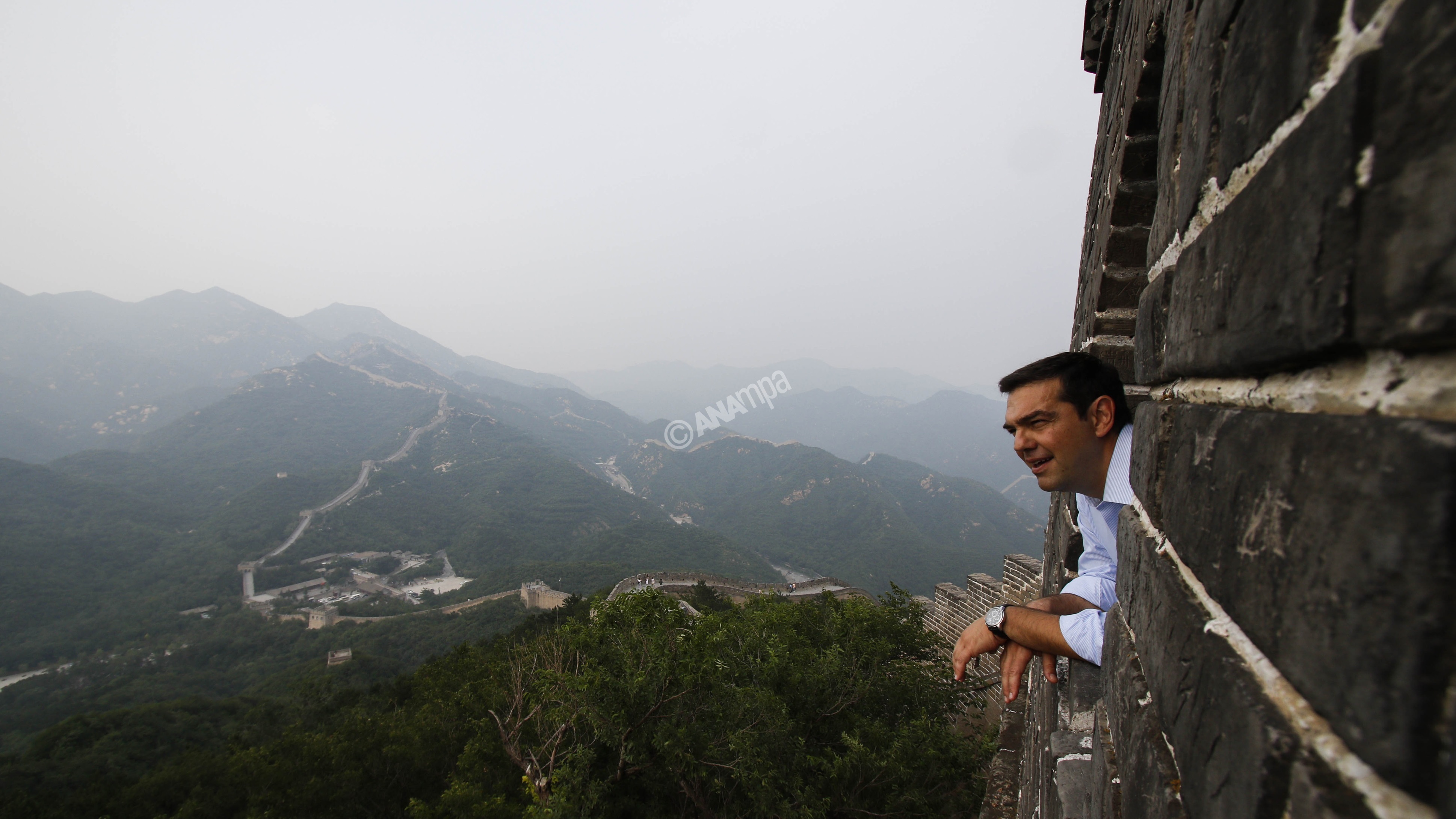 Prime Minister Alexis Tsipras who is paying an official visit to China visited on Sunday the Great Wall of China. Earlier, Tsipras had a meeting with the president of Wanda Group Wang Jianlin that is activating in the sectors of real estate, financing and culture. Wanda Group is the largest cultural organisation of China with four areas of activities, the movie production, organisation of sports events, tourist enterprises and children entertainment. During the meeting the president of Wanda Group, whose father was Mao Zedong fellow traveller in the historic Long March, expressed the Chinese group’s interest in the mass promotion of the Chinese tourism in Greece and the creation of infrastructures of tourist development. They also discussed the possibility of creation of movie production studios in Greece. They also agreed a Wanda Group delegation to visit Greece in two months and after the necessary preparations are completed. On Saturday afternoon, the Greek prime minister gave an interview to CCTV that is the dominating state-run broadcasting organisation of China. In his interview, Tsipras referred to the mutually beneficial agreement with Cosco that paves the way for the upgrading of the strategic cooperation between Greece and China. On the economic crisis, Tsipras noted that it was a difficult crisis adding that “the difficult is behind us” noting that the Greeks have shown endurance and patience. “For the first time the way opens for the debt relief” said the prime minister “the conditions for investing confidence now exist” as well as “the possibilities to return to growth”. Regarding the refugees issue, Tsipras said that Greece is a stable power of peace and cooperation in an unstable region “We are proud that we have shown Europe’s humanitarian face at a time when other turned their backs to the problem” he said and underlined that “the refugee crisis is not responsible for the safety crisis. A safety policy with return to the value of dignity is needed”. He stressed that Greece is an exceptional destination for the Chinese citizens because it is at a strategic position and this coincides with the Chinese strategy “one zone, one way”. The government aims the import of knowhow and innovations and the Greek exports along with the cooperation in the shipping sector. Greece seeks the repair of Chinese ships in Greek shipyards and the cooperation between Greek and Chinese shipping companies. Moreover, provided that Greece is the first stop to Europe, a series of investments as a logistic center in the port of Piraeus can be developed along with infrastructures for assembly and other opportunities the upgrading of Piraeus port. Referring to the attraction of investments, Tsipras noted that Greece is friendly to investors that seek the mutually beneficial cooperation. Greece decided to become member of the Asian Investment Bank to support the financing of Greek investments in the countries of Asia and Asian investments in Greece. He also referred to the prospect of Greece’s cooperation with Brics bank and noted that “Greece is a tree that has its roots in the west but spreads its branches to the north, the south and the east.