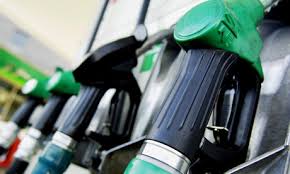 Claims made by opposing sides on the extent of fuel smuggling activity in Greece have created a huge discrepancy in monetary estimates. Officials of the recently elected Syriza-led coalition government have put the figure at 1.5 billion euros, annually, elevating the front’s tax revenue generating prospects, while the country’s association of petroleum product merchants claims illicit fuel trade is worth between 100 million and 200 million euros per year.

Alternate Finance Minister Dimitris Mardas, heading the government’s mission aiming to clamp down on tax evasion in the fuel sector as a means of raising crucially needed tax revenues, will be hoping the figure is within the range of the administration’s estimate.

Sector officials, who held talks with the alternate minister, decribed the government’s 1.5 billion-euro estimate as unrealistic.

Based on current price levels, a loss of one billion euros in tax revenues would require 1.9 million kiloliters of shipping fuel to be consumed by the sector, three times over the official level.

“A reasonable estimate of lost tax revenues for the year that went by as a result of illicit fuel trade is 150 million euros,” the fuel merchants association noted in a letter to the alternate minister.

In its effort to rake in fleeing tax revenues, the government will need to fully enforce an “inflow-outflow” data system legislated back in 2012 with the objective of tracking petrol station fuel purchases and sales. The system is linked to the Finance Minisitry’s data bank, allowing trading activity to be cross-examined.

Latest figures showed that of roughly 5,500 petrol stations operating in the country, about 4,700 have installed the tracking system, while just 1,908 stations were regularly forwarding their purchase and sales data to the ministry’s system.

Besides needing to fully enforce the “inflow-outflow” data system at petrol stations, the ministry will also need to expand its application throughout the fuel sector, including refining companies, wholesalers, customs, and plane refueling stations. A ministerial decision is also pending for endorsement of GPS installations on fuel delivery trucks, as a means of tracking movement.