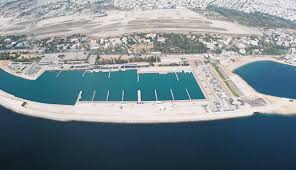 The latest leadership – in a series of changes – to be appointed at TAIPED, the State Privatization Fund, will face the demanding task of seeking to draw foreign investors to Greece based on a radically revised plan being prepared by the recently elected government.

The leftist Syriza-led coalition government’s plan, as was reported in local press over the weekend, will be based on the establishment of “growth-intended consortiums” aiming to utilize public wealth, as the country’s new administration has renamed Greece’s privatization effort. These consortiums will be comprised of state property, interests in various sectors, including energy, and stakes in public companies. Investors will be offered both minority and majority stakes, depending on each particular case.

The government’s plan envisages offering investors stakes in new profit-making consortiums, while, at the same time, maintaining state control of strategically important infrastructure, companies, and property. The country’s airports and Hellenikon, a sizeable seaside plot in southern Athens, are just some of the privatization tasks that await TAIPED’s new leadership.

Whether the government’s plan will be embraced by investors remains to be seen. The main challenge will be to restore investor confidence in Greece, a far-reaching task that stretches well beyond the realm of TAIPED’s leadership.

Alternate Finance Minister Nadia Valavani has proposed two candidates for the top administrative posts at TAIPED. Stergios Pitsiorlas, a major tourism-sector entrepreneur and old party official at Synaspismos, Syriza’s precursor, has been proposed for the president’s role at the fund. Antonis Leousis, a figure with extensive experience in the property market sector, backed by a long tenure at Alpha Bank’s urban property division, has been proposed for the managing director’s role.

Both candidacies are expected to be appointed imminently. If so, they will replace Manolis Kondylis and Paschalis Bouhoris, respectively, who had been appointed to their posts by the country’s previous administration about eight months ago.

Pitsiorlas recently gained wider local exposure for his involvement in an investment worth over 100 million dollars by two companies, Med Sea Health and Mare Village, to develop tourism-industry infrastructure in northern Greece’s Halkidiki, in the Kanistro area. The project, a resort offering luxury accommodation for 400 persons over 13.2 hectares of land, is expected to begin operating in 2016. It is being funded by Russian capital, as well as other sources.