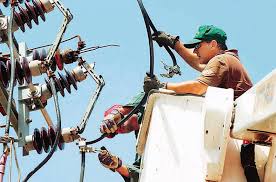 The part-privatization of PPC, the Public Power Corporation – locally dubbed “Little PPC” – may not be dominating the energy sector’s news, and questions have been raised about the schedule’s time frame as well as the overall effort’s feasibility, but progress is gradually being made. According to energypress sources, an international tender for the appointment of a consulting firm to prepare the part-privatization plan, leading to the establishment of a new enterprise to be comprised of 30 percent of PPC’s equity share, has reached its final stage.

Of the numerous consulting firms that submitted bids, three applicants have been shortlisted for further assessment ahead of the final selection. Booz and Company, which has been acquired by PwC, McKinsey, and Boston Consulting are the three applicants shortlisted, according to the sources.

The objective of the government and PPC is to have established the break-away company by the summer of 2015, before launching its sale procedure. This time frame puts the process behind schedule, based on the initial plan. If a winning consulting firm is selected during the current month, then a plan for the part-privatization could be delivered by early 2015, assuming no mishaps.

As has been previously reported, the assets of “Little PPC” will include lignite and hydropower stations with a total capacity of 2,768 MW, as well as a gas-powered electricity plant with a 400 MW capacity. Also included in the part-privatization’s package will be production permit for a new lignite-fired station – Melitis 2 – in Florina, northern Greece, mines in Amyndeo, as well as an additional five mines. The portfolio of the new company, to be offered to the private sector through an international tender, also includes 30 percent of PPC’s customers and approximately 2,500 PPC employees.