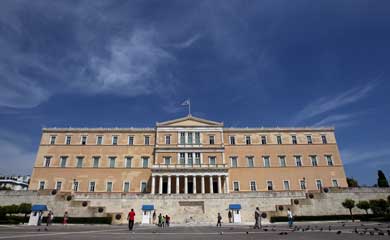 Political uncertainty ahead of a presidential vote early next year is dampening investment appetite in Greece, the Athens-based IOBE think-tank said on Tuesday as it confirmed its previous forecasts for the economy.

The presidential vote in February is seen as a likely trigger for early elections next year since the coalition government does not currently have the backing of 180 lawmakers needed to push through its nominee. Under Greek law, parliament must be dissolved if it fails to elect a president.

The think-tank maintained forecast for 0.7 percent growth this year and projected unemployment would average out at 26.7 percent this year, unchanged from a previous forecast in July.

IOBE’s projections are broadly in line with estimates by the country’s European Union and International Monetary Fund lenders, who expect the 183-billion euro economy to grow by 0.6 percent this year.