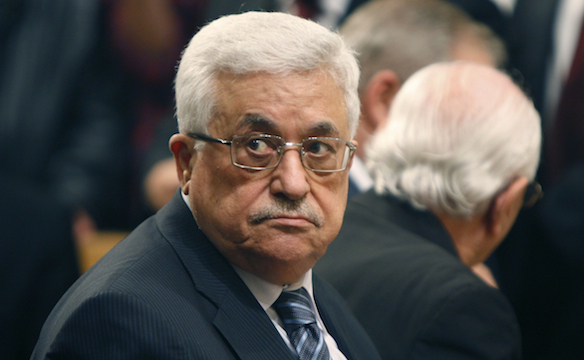 Greek President Prokopis Pavlopoulos welcoming earlier on Monday the Palestinian President Mahmoud Abbas referred to the sincere, traditional and enduring friendship between the Greek and the Palestinian people.Regarding the solution of the Palestinian problem, Pavlopoulos noted that Greece’s positions are timeless, traditional and are not going to change, and stressed the need for a solution that would be compatible with the international law.“The Palestinian state must be viable, independent, sovereign and territorially integral,” Pavlopoulos noted. He also referred to the gravity of the situation throughout the Middle East, highlighting the problems encountered daily, such as the refugees issue and in particular terrorism, affecting not only the region and Europe, but the entire international community.Pavlopoulos underlined that the refugees issue will be addressed with humanism, according to our history and culture, while on the issue of terrorism he noted that “terrorists will also be treated according to our culture. We we will be determined and merciless towards them.”The President mentioned the need to finish the war in Syria, describing it as the root of evil.On his part, the Palestinian President thanked Pavlopoulos for the warm welcome, noting the close historical relations between the two sides and reminded that “Greece has always been on our side in all international fora”, quoting as an example the United Nations where Palestine was declared a state observer.Abbas stressed the need to end the Israeli occupation and added that when terminated, all related problems such as terrorism will end. At this point, he stressed the need to combat terrorism, from which, as he noted, various problems arise, such as the recent migration, which is no longer limited to the Middle East, but has expanded to Europe and has gained international dimensions.Referring to the Palestinian issue, he expressed confidence in finding a solution based on the existence of the two states in accordance with international legitimacy and international law.“The solution of the Palestinian issue must be viable,” said Abbas and added: “We extend a hand of cooperation to the Israeli side to find a solution to the Palestinian problem.” At the same time he supported a political solution for the conflict in Syria, and not a military one that would lead to the further exacerbation of the civil war in the region.