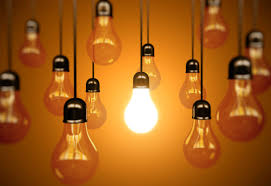 The project’s arrival will not only greatly improve power supply in the Peloponnese, a region that encounters problems during the summer months, but will also eventually introduce natural gas supply to the region.

Returning to the Megalopoli power station, once officially launched, it will initially operate at half capacity until electricity transmission projects are completed to service the wider area.

An initial test run for the PPC power station was staged in January. Several months of further testing will be required before the unit becomes fully available for commercial use, PPC officials said.

The Megalopoli power station, an investment whose budget totalled 500 million euros, is a high-efficiency, environmentally-friendly facility. It was constructed by the Terna-Metka consortium, with respective stakes of 90 percent and 10 percent, following an international tender completed back in November, 2009. Metka has taken on the unit’s maintenance requirements for the next six-year period.

The unit arrives as PPC’s second new high-performance unit delivered over the past two years, following the completion of an equivalent facility in Aliveri, located on Evia, Greece’s second-largest island slightly northeast of Athens. PPC is currently also working on a new 600 MW-capacity station, “Ptolemaida 5” in Ptolemaida, northern Greece, which will allow the power utility to better utilize lignite deposits in the area for lower-cost, environmentally-friendly and high-efficiency electricity production.