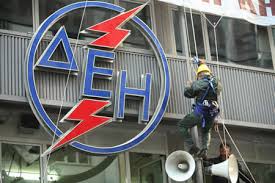 Consulting firms interested in participating in an international tender for a contract to create the Public Power Corporation’s (PPC) privatization-headed 30% break-away subsidiary will be granted an extension to the tender’s submissions deadline, originally set for September 8.

Consulting firms interested in the deal began calling for an extension shortly after the tender’s recent announcement, as a result of the overall corporate summer slowdown experienced during the month of August.

Despite the acceptance of the request by authorities, the tender procedure’s timeline will be kept relatively tight, EnergyPress was told. It is believed that, based on the revised schedule, interested parties will need to have submitted their respective offers within the month of October, while break-away procedures for the new PPC subsidiary would begin the following month.

The same sources said the objective of privatizing PPC’s new subsidiary within 2015 would not be revised.

As previously reported, the privatization package of “Little DEI” – the subsidiary is being referred to as such locally, from the corporation’s Greek title – will be comprised of lignite and hydropower electricity stations with a 2,768 MW capacity, a 400-MW natural gas unit, a production permit for a new lignite-powered electricity unit, dubbed “Melitis 2”, in Florina, northern Greece, mines around the town of Amynteo in the wider Florina area, as well as a further five mines. The new privatized firm will also take on 30% of PPC’s current customer list, as well as approximately 2,500 company employees.