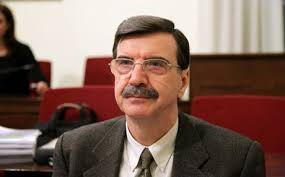 RAE, the Regulatory Authority for Energy, requires additional personnel to handle the increased responsibilities assumed by the authority, its president, Nikos Vasilakos, has noted, while also pointing out regulations will need to be enforced for a “liberalized market of many players” and a landscape of fair competition.

“When I assumed my post in 2010, RAE was staffed with 130 persons and had no executive powers. As a result of the energy law’s ratification, and the [subsequent] ten-fold increase of responsibilities RAE has been charged with handling, 160 staff members are needed, and we have 80,” the RAE head noted. “We have sent letters to Prime Ministers, ministers, and Parliament. We were given 20 employees on short-term contracts, ending in one year. RAE cannot operate with 80 staff members in a liberalized electricity market that will operate with many players and competition from the entire European market.”

“Consumers cannot continue being burdened like this,” said Vasilakos, who added that RAE has proposed greater reliance on renewable energy sources (RES). “We are blessed with possessing clean energy.”

RAE has submitted a series of proposals since 2010 as “we saw the impasse being created by the electricity market’s liberalization based on the way it has been carried out.”