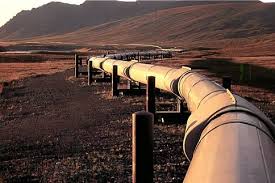 The TAP (Trans Adriatic Pipeline) consortium developing an infrastructure project to carry natural gas from Azerbaijan to Europe, via Greece, Albania, and the Adriatic Sea, has appointed Ian Bradshaw as its new managing director, beginning on February 1, it announced today.

Bradshaw’s predecessor, Kjetil Tungland, will return to Norwegian state-owned company Statoil, which holds a twenty percent stake in the TAP consortium, after having served at the TAP consortium for over four-and-a-half years. During Tungland’s tenure at TAP, the project was chosen, in June, 2013, as the prefered European pipeline for the transmission of natural gas from Shah Deniz II to Europe.

Andy Lane, president of the board at TAP, noted: “I am delighted that Ian has been appointed to lead the TAP project to its next important stage, as we are preparing for the pipeline’s construction in 2016. Ian is backed by immense experience in the oil and natural gas sectors, which is an important advantage for the TAP project’s completion.”

Lane also offered his gratitude to TAP’s outgoing managing director for his services, highlighting Tungland’s leadership, which he said was instrumental in helping TAP be chosen as the prefered Azeri-European gas pipeline.