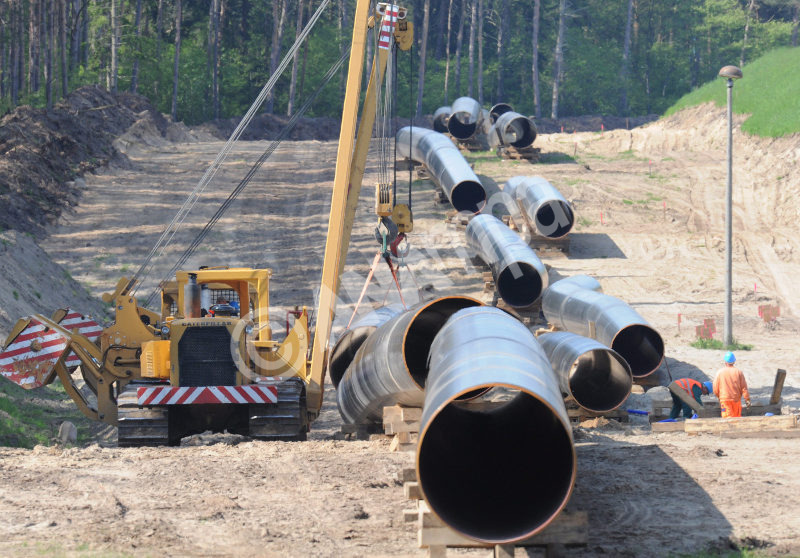 The last shipment of steel line-pipes for the construction of the Trans Adriatic Pipeline (TAP) arrived in Thessaloniki, marking the completion and final delivery of all line-pipes to TAP’s host countries, the TAP consortium announced in a statement released today.

The transport of 55,000 TAP pipes and bends was completed in approximately one year and a half. The first pipes arrived in Durres, Albania in April last year and deliveries to Greece started one month later.

The weight of all pipes amounts to 520,000 tonnes: or approximately 71 Eiffel towers. The weight of a single 18-metre pipe ranges from 9.3 tonnes to 16.3 tonnes, depending on the wall thickness.

The pipes were transported to TAP’s main marshalling yards in 79 sea vessel shipments of various sizes and 158 block trains within Greece. The offloading of the largest ships took five days on average.

The pipes were manufactured by Corinth Pipeworks (Greece) and Salzgitter Mannesmann International (Germany).

John Haynes, TAP Project Director, noted: “This is yet another key milestone towards successful realisation of the project. The entire logistics delivery process was carried out in line with the project schedule and to the highest safety standards. Considering that each pipe has been lifted approximately seven times from production at the mills until reaching our main marshalling yards, we are proud that this massive operation has been completed without any safety incidents within our host countries. I would like to thank our contractors and sub-contractors responsible for shipping, offloading and transporting TAP pipes for their professionalism, hard work and commitment to safety.”

From the main marshalling yards, the pipes are transported further to the local pipe yards near the construction sites, along the pipeline route.

TAP will transport natural gas from the giant Shah Deniz II field in Azerbaijan to Europe. The 878km long pipeline will connect with the Trans Anatolian Pipeline (TANAP) at the Turkish-Greek border at Kipoi, cross Greece and Albania and the Adriatic Sea, before coming ashore in Southern Italy.

The TAP project promises to promote economic development and job creation along the pipeline route; it will be a major source of foreign direct investment and it is not dependent on grants or subsidies.