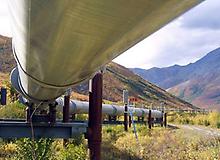 The TAP (Trans Adriatic Pipeline) project has been granted an extension to a third-party access exemption period, offering exclusive use of the pipeline to its developer for a specified period, as a result of the project’s rescheduled launch for 2020 from 2019.

The TAP consortium’s request was approved by Greece’s RAE, the Regulatory Authority for Energy, and its counterpart authorities in Albania and Italy. The infrastructure project will carry natural gas from Azerbaijan to the Continent, via Greece, Albania, the Adriatic Sea, and Italy.

The European Commission had granted the TAP consortium a third party access exemption period for 25 years back in May, 2013, a priveledge offered to developers of major infrastructure projects.

However, several months ago, the TAP consortium announced – via BP, which holds a 20 percent stake in the venture – that the pipeline’s original schedule for gas supply to Europe had changed. As a result, the TAP consortium submitted a request to RAE and its Albanian and Italian counterparts for an extension to the third party access exemption period. Included in the consortium’s request was a commitment that the pipeline wil begin operating no later than December 31, 2020.

In its request, the TAP consortium warned that if the third party access exemption period was not extended it could prove devastating for the company.

A while back, the TAP consortium’s shareholders, reacting to the apparent cancellation of South Stream –  another regional pipeline project that had been planned to transmit Russian natural gas to Europe –  informed the Greek government that the company planned to accelerate procedures to increase the TAP pipeline’s gas supply capacity for Europe. The TAP consortium said it planned to double its pipeline’s annual capacity to 20 billion cubic meters from 10 billion cubic meters.