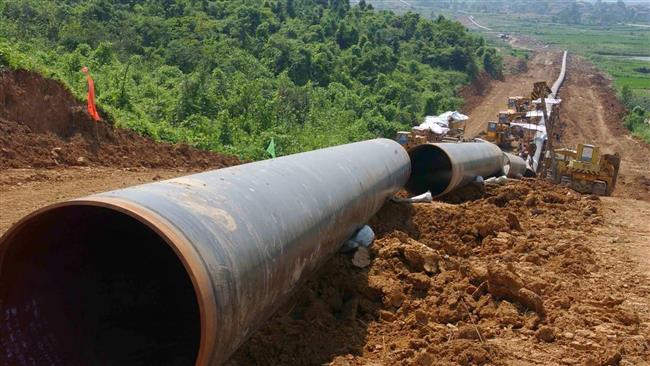 Trans Adriatic Pipeline AG (TAP) announced today the appointment of Luca Schieppati as Managing Director and Walter Peeraer as President. Both officials assume their respective posts as of today.

Schieppati, who is replacing the current Managing Director Ian Bradshaw, joins TAP from Snam, Europe’s largest natural gas utility, where he has worked since 1991. His most recent position was chief industrial assets officer of Snam as well as managing director at Snam Rete Gas S.p.A, the Group’s subsidiary managing 32,500-kilometre natural gas pipeline network in Italy.

Schieppati brings 26 years of experience in the development and management of pipelines, plant construction, and the operation and maintenance of gas transmission and distribution companies in Italy and Europe.

Having left Fluxys in 2016, Peeraer brings more than 30 years of experience in the European utilities and gas sector and has extensive knowledge of European gas markets, regulations and infrastructure. He is also a former TAP Board Member.

Joe Murphy, Chairman of TAP’s Board of Directors, commented: “I’m very pleased to have Luca and Walter leading TAP at this critical phase. With construction continuing across all three countries, the project is entering an important new phase and I’m confident that their many years of experience and deep expertise will be essential in safely and successfully delivering this project for the European gas customers.”

“I would also like to take this opportunity on behalf of the entire TAP Board to thank Ian for his leadership and stewardship of the project over the past years. We recognize all the hard work and accomplishments of Ian and his team, which have brought us to this next phase in realizing TAP.”

TAP will transport natural gas from the giant Shah Deniz II field in Azerbaijan to Europe. The 878-km long pipeline will connect with the Trans Anatolian Pipeline (TANAP) at the Turkish-Greek border at Kipoi, cross northern Greece and Albania and the Adriatic Sea, before coming ashore in southern Italy.

TAP’s landfall in Italy provides multiple opportunities for further transport of Caspian natural gas to some of the largest European markets such as Germany, France, the UK, Switzerland and Austria.

TAP intends to promote economic development and job creation along the pipeline route; it will be a major source of foreign direct investment and it is not dependent on grants or subsidies. With first gas sales to Georgia and Turkey targeted for late 2018, first deliveries to Europe will follow in 2020.