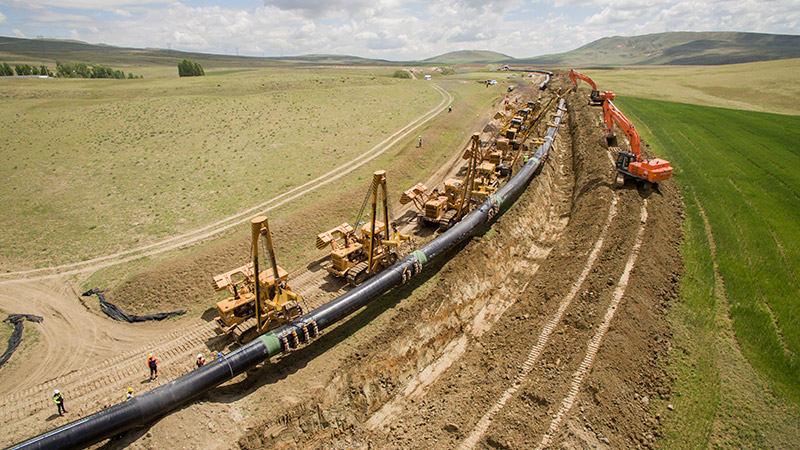 Papalexandri brings almost 20 years of experience in the energy industry with her expertise being in gas markets and projects, commercial negotiations and stakeholder management. She joins TAP from BP in London, where, since 1998, she has held numerous senior positions throughout her career.

Most recently, in November 2015, Papalexandri took up the position as Senior Commercial Manager for the Southern Corridor, where, amongst her responsibilities, she managed the commercial aspects of the whole gas value chain.

“I’m very pleased that Katerina has joined us as our new Country Office Manager in Greece. As Greece’s largest direct foreign investment, the construction of the Trans Adriatic Pipeline will be a major contribution to supporting Greece in becoming a key hub in the energy map of southeastern Europe,” commented Luca Schieppati, Managing Director at TAP. “As a project of such strategic importance for Greece, we are now entering the final phase as TAP prepares for commercial and operational readiness in order to receive first gas. I am confident that Katerina’s many years of experience and deep expertise and knowledge of the energy industry, of Greece and of the Southern Gas Corridor will be instrumental in successfully and safely delivering our project in Greece.”

TAP will transport natural gas from the giant Shah Deniz II field in Azerbaijan to Europe. The 878-km long pipeline will connect with the Trans Anatolian Pipeline (TANAP) at the Turkish-Greek border at Kipoi, cross Greece and Albania and the Adriatic Sea, before coming ashore in Southern Italy.

TAP’s routing can facilitate gas supply to several southeast European countries, including Bulgaria, Albania, Bosnia and Herzegovina, Montenegro, Croatia and others. TAP’s landfall in Italy provides multiple opportunities for further transport of Caspian natural gas to some of the largest European markets such as Germany, France, the UK, Switzerland and Austria.

TAP has promised to promote economic development and job creation along the pipeline route. A major source of foreign direct investment, the project is not dependent on grants or subsidies.