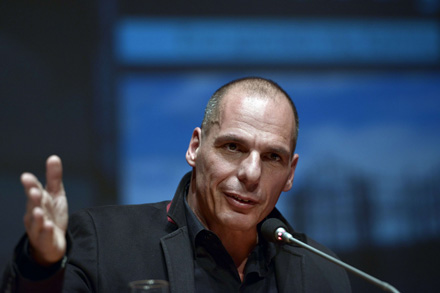 The unexpectedly short meeting of Eurozone Finance Ministers ended yesterday with the Eurogroup giving Greece until Friday to seek an extension of the current program. The meeting was followed by an equally eventful press conference during which the Greek Finance Minister revealed that the final script presented at the Eurogroup was different from the initial version presented to him by Economics Commissioner Pierre Moscovici. According to the Greek FinMin, the Greek side was keen to sign the initial version of conclusions which was providing for “extension of the current loan agreement” through the “form of a 4-month intermediate programme” as a transitional stage to “a new contract for growth for Greece”.However, the final draft that was presented at the Eurogroup was based on the premise that Greece will request a 6-month technical extension and will successfully conclude the current program. The statement recognized the need for making best use of “the existing built-in flexibility” in the current program, but this was considered too vague by the Greek side.