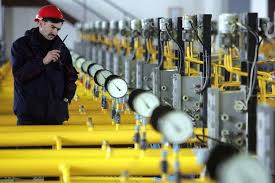 While the government continues to negotiate with the country’s three gas supply companies (EPA) operating in the wider Athens area, Thessaloniki, and Thessalia, in the mid-northeast, in search of a solution to compensate them for the prospective end of their respective regional monopolies – as this is being demanded by the country’s creditor representatives, or troika – speculation over the new-look gas market’s formation is intensifying.

Although government sources insist that a deal has yet to be reached, and that all proposals tabled are currently serving as negotiating tools, some early indications of how the prospective gas supply market may be broken up have surfaced.

It is believed that the implementation of this proposal would facilitate a plan to continue expanding the distribution network, while it would also help avert any repercussions that could be prompted by the market’s reshaping and the increased penetration of natural gas in the market. However, the plan’s exclusion of any ownership rights with regard to the distribution network infrastructure is being viewed as a disincentive for investors.

The final solution to be adopted for the supply market’s liberalization will be included in draft legislation to be forwarded by the Ministry of Environment, Energy & Climate Change. It will also include a compensation solution for the country’s three existing gas supply companies, which stand to lose exclusive market rights granted to them in the context of earlier agreements. The government insists that monetary compensation is out of the question, citing the country’s unfavorable economic conditions, and supports that alternative solutions will need to be found.