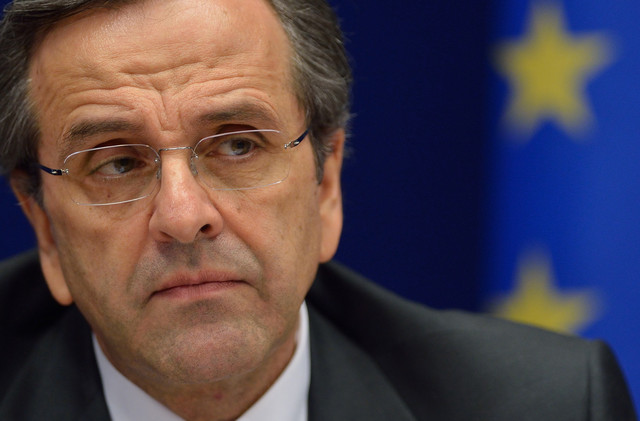 A SYRIZA victory in an early general election would cause a bank run, Prime Minister Antonis Samaras has warned according to reports.

“Given what [SYRIZA leader] Alexis Tsipras said in Thessaloniki, if elections were held and he were to win them, there wouldn’t be a euro left in the banks the next day,” Samaras was quoted as saying during an informal conversation with conservative MPs and journalists during a visit to Parliament late Tuesday.

Samaras’s comments were made in the wake of the presentation of the leftist opposition’s economic program at the Thessaloniki International Fair (TIF) on Saturday. On Monday SYRIZA said the program would cost 11.3 billion euros to implement but the figure was challenged by the Finance Ministry which on Tuesday said it would cost several billion euros more.

Samaras’s reported comments were echoed by New Democracy MP Adonis Georgiadis who on Wednesday said that Greek banks would empty if SYRIZA were to win the next election.