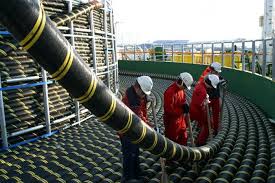 Besides declaring it will cancel all prospective energy-sector privatizations as well as oil exploration and exploitation tenders in the making, the leftist Syriza party, ahead in polls ahead of this Sunday’s snap elections, has noted that, if elected into power, it will also re-examine a new ten-year investment plan prepared by IPTO, the Independent Power Transmission Operator, which has been scheduled to soon undergo public consultation procedures before being forwarded to RAE, the Regulatory Authority for Energy, for approval.

In comments made to energypress, Syriza party officials noted that vested interests lay behind major electricity transmission projects being planned for Greece over the next ten-year period, including an underwater cable interconnection of Crete with the mainland grid, whose initial budget has been valued at one billion euros.

Plunging crude oil prices, which are reshaping the global economy’s landscape, stand as the main factor behind Syriza’s reasoning over the ambitious Cretan interconnection project. As the new reality of considerably lower oil prices sets in, Syriza officials contend that PPC’s (Public Power Corporation) annual cost of some 400 million euros required for running its petrol-fueled electricity stations on Greek islands – a cost shared by consumers through a Public Service Compensation (YKO) surcharge on power bills – will be considerably lower this year and, possibly, in the years to come. Therefore, the party’s officials contend that, if so, it would be wiser for IPTO, a PPC subsidiary firm, to reexamine the interconnection project and invest its required capital elsewhere.

Market officials have already criticized this reasoning as being short-sighted, because oil prices may currently be low, and may remain so over the next year or so, but they will eventually rise again to levels way over the current range of 45 to 50 dollars per barrel. In such a case, the Public Service Compensation (YKO) problem burdening consumers would be reinstated, which makes the IPTO’s interconnection project feasible as a long-term solution, officials noted. Even so, the Syriza party, if at the country’s helm, appears determined to reexamine the Cretan project as part of a wider repparaisal of Greece’s energy model, with emphasis on renewable energy source (RES) production.

US funds, seeking to invest in secure markets with relatively high returns, have already expressed a strong interest in the interconnection plan for Crete.