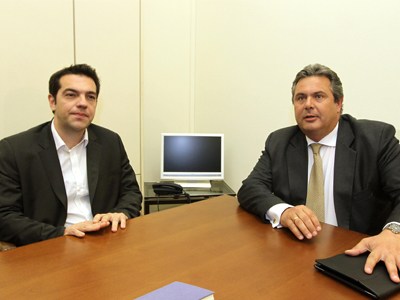 “There has already been a preliminary agreement,” Mr. Kammenos said, adding that his party is going to participate in the new cabinet.

Two senior officials from Syriza also confirmed the deal and said the Independent Greeks will have at least one ministerial post in the new government.

According to an official statement by Syriza, Mr. Tsipras will meet Mr. Kammenos at 0830 GMT.

Mr. Tsipras is expected to meet Greece΄s president later Monday and will be sworn in as prime minister later Monday.