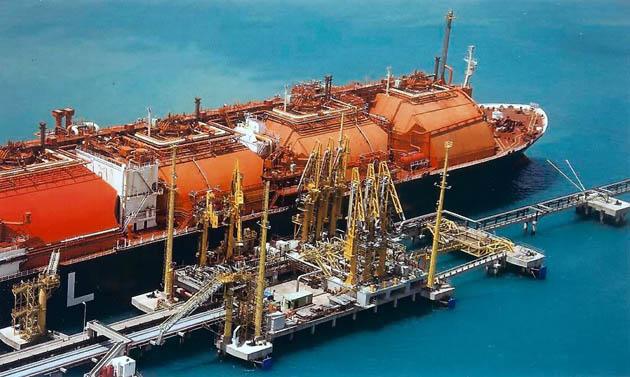 An additional member, possibly a major US player, could join a consortium for the development and operation of an FSRU project in Alexandroupoli, northeastern Greece, with a 20 percent stake, in addition to DEPA, the public gas corporation, and Bulgaria’s BEH, both preparing to also enter the project’s corporate team.

Technical details are now being worked on by the Bulgarian government for the entries of DEPA and BEH to the Alexandroupoli FSRU’s consortium. It was initiated by Gastrade, a member of the Copelouzos group, before Gaslog, an international LNG carrier, also joined.

The government in Sofia is expected to offer its approval within the current month. Once this stage is completed, the consortium will be comprised of Gastrade (40%), Gaslog (20%), DEPA (20%) and BEH (20%). The additional entry being touted would acquire half of Gastrade’s stake, giving all members equal stakes.

Cheniere, the dominant player of the US natural gas market, and another unnamed American enterprise, regarded as a surprise candidate, are both being touted as possible additions to the Alexandroupoli FSRU consortium.

The addition of a non-American enterprise has also been mentioned as Gastrade is believed to be engaged in talks with major traders showing an increasing interest in the specific region.

“A final decision will be reached based on the added value, both strategically and financially, to be brought to the project by the new shareholder,” a source involved in the developments informed energypress.

Meanwhile, a two-stage market test is expected to be launched by mid-September. Gastrade anticipates an accurate measure of the overall commercial interest in the project by the end of 2018, before it makes investment decisions. If all goes as planned, the FSRU project will be ready to operate at the end of 2020.

Important project news is expected to emerge this Friday at a Hellenic-American Chamber of Commerce conference in Thessaloniki, held ahead of the Thessaloniki International Trade Fair, opening Saturday.

The Alexandroupoli FSRU is seen as an important project that may ensure supply of new natural gas quantities to the Greek and regional southeast European markets, while also contributing to the diversification of supply sources and routes. The PCI-status project plan is being widely supported at Greek, EU and cross-Atlantic levels.