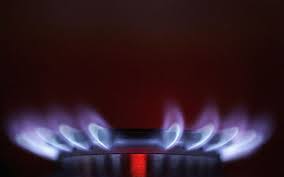 The time schedule for the liberalization of the gas market, as well as a revision that will enable consumers to choose gas suppliers rather than be limited to the current monopolies enjoyed by the country’s three supply companies (EPA) – in the wider Athens area, Thessaloniki, and Thessalia, in the country’s mid-northeast – are included in a gas reform bill that has been forwarded for public consultation.

Therefore, gas supply companies will be able to sell natural gas to certain industrial consumers as of 2015. It should be pointed out that DEPA, the Public Gas Corporation, has scheduled to stage its next annual natural gas auction on November 14, for purchases – concerning 2015 – by major consumers, as well as suppliers, at cost-price. The time frame is tight, while certain prerequisites for participation in the auction further suppress the prospects for independent suppliers.

This, however, does not mean that no interest is being expressed. On the contrary, the gas supply market’s developments are being closely watched by players already active in electricity supply.

Once the legal framework and market conditions have cleared up, suppliers can be expected to begin making offers to certain major industrial consumers.

“Of course we’re interested in the gas market and intend to enter,” remarked an official at a private-sector electricity supply company, who noted that the objective was to offer consumers combined natural gas-and-electricity packages with various additional benefits. “This is something widely practiced in other European countries, so I cannot see why it shouldn’t be applied here,” the same source continued.

Though such a prospect is still about four years away for household consumers, it is not a long way off for industrial consumers and professionals.

A number of companies have already acquired electricity and gas supply permits. These are Heron, a joint venture of GEK Terna and GDF Suez; M&M Gas, launched by Mytilineos Holdings and Motor Oil Hellas (Corinth Refineries); Edison, a member of the Elpedison joint venture also comprised of Hellenic Petroleum (ELPE) and Ellaktor; and electricity supplier Greek Environmental and Energy Network. Another company, Watt & Volt, submitted an application for a supply permit just days ago.