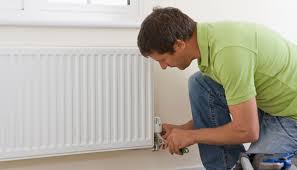 Households interested in converting their heating systems from fuel to natural gas through a subsidized program offered by the Ministry of Environment, Energy & Climate Change do not appear likely to make it on time for this winter. Although the highly anticipated conversion program was officially announced yesterday, two months after its initial announcement, market officials have explained that a period of at least two months, at best, will be required for applicants to complete the required process and switch on their new heating systems.

Interest is reportedly considerable and the country’s three gas supply companies (EPA) operating in the wider Athens area, Thessaloniki, and Thessalia, in the mid-northeast, are expected to be flooded with applications, which, based on experience, will take a considerable time to process. Under normal circumstances, the average time needed by the gas supply companies, from date of application to finalized installment, is one-and-a-half months.

Since the subsidized heating conversion program was initially announced, on September 25, EPA Athens has received some 12,000 telephone calls from interested parties. EPA Thessaloniki has received just under 5,000 calls, while EPA Thessalia has responded to nearly 2,500 calls.

Also, before any development of new conversions can begin – which requires plan approvals and infrastructure construction for new links to the network – interested applicants living in apartment block flats will need to call general assemblies – requiring attendance from all flat owners – and gain a majority vote. EPA companies require an official decision, as part of the paperwork, from all applicants before proceeding.

It all boils down to meaning that interested parties cannot expect to have completed their heating conversions any sooner than mid-January, while any mishaps could delay finalization until late March.

Realistically, interested households will not begin enjoying the benefits of the subsidized heating conversion program until next winter.