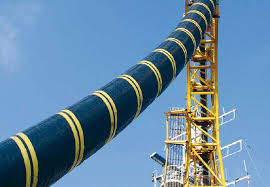 A submarine cable connection to link Evia, Greece’s second largest island slightly northeast of the capital, with the mainland, whose development will promote wind-energy park investments worth about 700 million euros on the island, is nearing completion.

Energy companies, which have already been granted operating licenses for wind-energy facilities on Evia, totaling 300 MW, are helping finance the submarine cable connection, budgeted at over 80 million euros.

Development of the cable link, to run from the island’s south to Nea Makri, in the wider Athens area’s northeast, has been delayed by over a decade as a result of local community objections, primarily in the Nea Makri area. The project’s submarine cable was installed two years ago but further progress had been blocked by a court decision that supported the case presented by Nea Makri residents.

These obstacles have now been overcome and the project is approaching completion. Initial electrification tests are scheduled to take place within April, while the project is expected to be ready to transmit electricity during the current year.

Further ahead in time, another submarine cable connection project to link Crete, Greece’s largest island, with the mainland, is expected to be completed by the end of the decade, according to IPTO, Greece’s power grid operator. The project is of pivotal importance as it promises to save electricity consumers in Greece about 400 million euros per year for petrol purchases made to fuel power generators on the island. The cost of these fuel purchases is added to electricty bills as a Public Service Compensation (YKO) surcharge for all consumers.

Work has also begun on a submarine cable connection to link the Cycladic islands with coastal Lavrio, in the wider Athens area’s southeast, following the completion of an international tender. Once completed, this project is expected to save consumers roughly 100 million euros, annually, as a result of Public Service Compensation surcharges covering fuel purchases for power generators on the islands.