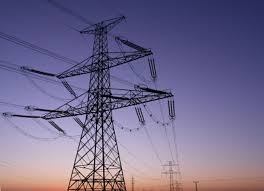 The government’s drive towards supporting the industrial sector through plans for electricity supply at competitive prices, combined with its push to have the power retail market liberalized, comes as a vengeance for the industrial sector. The approaching implementation of NOME-type auctions being planned by RAE, the Regulatory Authority for Energy, meets industrial demands, ensuring the sector of electricity rates that will be at par with current levels, if not less.

Suppliers will soon be able to acquire significant amounts of energy, at satisfactory prices, which will enable them to strengthen their standing and market shares, at least in some consumer categories. Moreover, the upcoming auctions instill a possibly unprecedented fear in PPC, the Public Power Corporation, as the firm is faced by the prospect of having no choice but to give up some of the benefits guaranteed by its dominant market position.

This is the overall sentiment in the sector following RAE’s announcement of a second plan for NOME-type auctions. It must be noted, however, that the revised plan, just forwarded for public consultation, offers no details on the subject of auction starting prices, which is of pivotal importance for the endeavor’s progress. At this stage, it is being assumed that starting prices will be at levels proposed at a PPC shareholders meeting last February.

PPC is still expected to put up a strong fight. Corporation insiders reiterated, through   comments offered to EnergyPress, that the firm cannot sell at levels below the cost of production. The corporation’s CEO, Arthouros Zervos, recently argued that the 30 percent part-privatization of PPC’s production and trading potential, combined with the planned sale of lignite-and-hydropower powered electricity to private enterprises through these NOME-type auctions, meant that a significant portion of PPC would be exploited by third parties. This development would inevitably lead to the demise of the company’s biggest corporation, with repercussions for the economy to follow, the CEO warned.

As for suppliers, their first – and unofficial – response can be viewed as positive. They estimate that of the 1,200 MW to be auctioned, about 900 MW will be absorbed by industry, while the remaining 300 MW will be utilized by supply companies. The development promises to reduce purchasing costs for suppliers, allowing them to compete more effectively with PPC. “The situation has not changed dramatically, but it has improved, and enables us to increase our size and market share for as along as the auctions apply,” a company official at one major firm told EnergyPress.