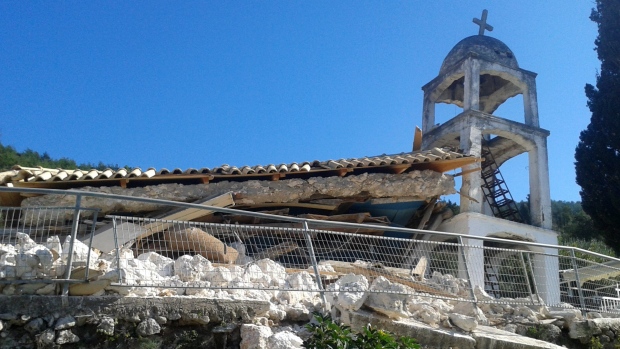 A strong earthquake measuring 6.1 on the Richter scale jolted the island of Lefkada on Tuesday morning leaving two while four citizens were injured and transferred to hospital.

A 60-year old woman died inside her home in the village of Ponti Vassilikis when the tremor dislodged a large rock from a hill, struck one of the home’s outer walls and fatally injured her, while officials confirmed the death of another woman in Athani village.

There were also reports of widespread damage to the road network on the southwest of the island.

According to the Geodynamic Institute, the tremor, which took place at 9.15 am, was located in the sea region 25 kilometers off the island.An aftershock measuring 5.2 on the Richter scale was also recorded. The tremor had 2 km depth.